Nexus 9 to Launch Today, Will be the First Device to Run Android L

by Parul Ritvik SoodOctober 15, 2014
2
Now Reading
Nexus 9 to Launch Today, Will be the First Device to Run Android L
Browse This Page As we reported earlier, the Nexus 9, codenamed the HTC Volantis, will launch today and it will be the first device to run Android L. Apple in an another big event is expected to launch new gen iPad and iMac, however, taking the lead Google is expected to launch the new Nexus device quietly, via a blog post.

Unlike Apple, Google will apparently eschew a big press event and will instead announce the new platform and the new devices via an official blog post. The company is apparently still fine tuning Android L and it doesn’t want to have a major event for a platform that still needs some refining before its release.

According to several reports that surfaced last week, the Nexus 9 will be available for pre-order on 17th October and available to purchase on the 3rd November. Although there’s no information on when Android L will be available for other Android devices, and the pre-order and purchasing dates are subject to last minute changes. The 16GB version will cost $399 and the 32GB LTE version will retail for $499. Both devices will have expandable memory. 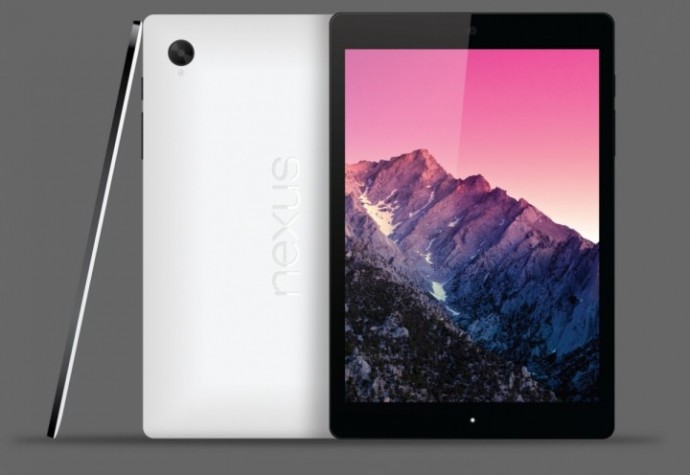 Various reports have also hinted that the new Nexus 9 tablet will have an 8.9-inch 2048×1440 display, weigh 480 grams, have a 64-bit dual-core processor, an Nvidia Kepler GPU and a 8MP rear-facing camera and 3MP front-facing camera. HTC and Google have also opted for a “brushed aluminum” frame, instead of an all metal design, to keep costs down.

It is also said that some popular HTC features will come with the new tablet including HTC’s boomsound and the dual front facing speakers, both of which featured on the One M8 and Desire EYE.

However, there is no word on when the Nexus 6 is going to release. According to the previous leaks, the device will feature a QHD display with a resolution of 2560 x 1440 pixels (498 pixels per inch), a quad-core Qualcomm Snapdragon 805 processor, 3GB of RAM, 32GB of storage, a 13-megapixel rear-facing camera, a 2-megapixel front-facing camera, a 3,200mAh battery and Android L.

Today’s launch will put Google in direct competition with Apple as the iPhone 6 maker is widely expected to reveal its updated iPad on October 16th. Rumours have been circulating around that Apple’s event on Thursday will see the launch of a 9.7-inch ‘iPad Pro’ and possibly a refreshed version of the iPad Air. The larger tablet is likely to see the introduction of Touch ID and both will have the same A8 processor that powers the iPhone 6.