HP had announced recently that it would be unveiling an all new form factor, and it’s here. HP calls it the ‘Sprout’ and it connects the digital and analog with an ease that till now was only possible on Sci-fi features.

Sprout consists of two screens. The first one is a 23-inch LCD screen with 10 point multi-touch capabilities. The second and more interesting one is a 20 inch touch mat which is capable of 20-point multi-touch. The touch functionalities are integrated under the mat. 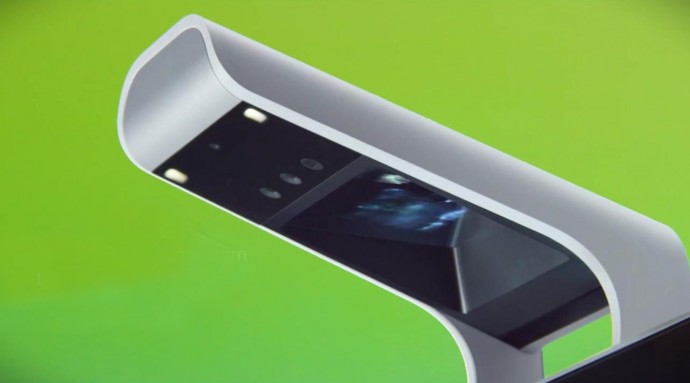 The Illuminator is where all the magic happens.

What makes the Sprout fully functional is the ‘Illuminator’, which sure sounds like a name for a cyborg. The Illuminator is made up of a set of imaging technologies that are pooled together and placed on an extended arm on the top of the LCD display. It holds in itself a 14.6-megapixel digital camera, a DLP projector, and Intel’s RealSense 3D camera. The 3D camera lets users easily scan 3D Objects and being working on them right away.

HP has created its own UI called the Workspace that is built on Windows 8.1 interface. The company will be releasing a Software development kit for the developers to create app for this innovative new product. With the specs on hand this is a creative professionals dream come true.

It is powered by a 4th generation Intel Core i7 Processor. The graphics are taken care of by an NVIDIA GeForce GT 745A graphic card with 2GB DDR3 dedicated memory. It comes with 8 GB DDR3 SDRAM (2x4GB and is expandable up to 16 GB). The device flaunts 1TB SATA 6G Solid State Hybrid Drive with 8GB flash acceleration cache. It will also sport an Adonit Jot Pro stylus to write and draw comfortably, and it can be attached magnetically to the upper-right side of the Sprout display.

Sprout is targeted mostly toward artists, designers, architects, publishers and other creative professionals. It will cost $1,899, which is a great price for a debut product with such innovative features. It ships with a 20-inch touchscreen monitor, a physical keyboard and a mouse. Though you may want to do away with the peripherals and just use the digital keyboard and feel its fantastic, futuristic pleasures.

likethis
What's your reaction?
Awesome
0%
Epic
0%
Like
0%
I Want This
0%
Meh
0%
Posted In
Communication Interface, Displays and Monitors, HP, Latest
Tags
Windows 8.1
Windows 8.1
About The Author

Happy Nagashetti
iGyaan Network's newbie Happy is a Technological Hedonist, Traveller, Photographer, Curious Humanoid and a giant foodie who is always pumped up for new adventures.
You Might Also Like
Communication InterfaceDisplays and MonitorsHPLatest
Read More