Gaming Graphics: Then And Now

by Rishi BaruahJune 6, 2015
8
Now Reading
Gaming Graphics: Then And Now
Browse This Page Over the past 30 years, video games have become an integral part of our lives and culture. Video game companies have become multi-millionaire giants. The gaming industry has grown to a gigantic extent. Today we see not only see teenagers spending a great deal of time on gaming, but also adults too are immersed in this new culture.

The first recorded game was invented in 1947. A ‘Cathode Ray Tube Amusement Device’ was patented by Thomas T. Goldsmith Jr. and Estle Ray Mann on 25th January that year. This device consisted of an analog device that allowed users to control a dot on the screen to guide the missile to targets drawn to the screen. This device opened the gateway to the evolution of Video games.

Let us look at how Gaming Graphics have evolved with time, below: The earliest games were all text based and used texts instead of bitmap or vector graphics. These games were easy to program and required minimum power, unlike graphic games. These types of games were very popular during the 1970-1990 period. The most popular was Multi-User Dungeons. Here, players read the description of rooms, objects, other players and actions performed in the virtual world. Interaction meant typing commands with each other that resemble a natural language. 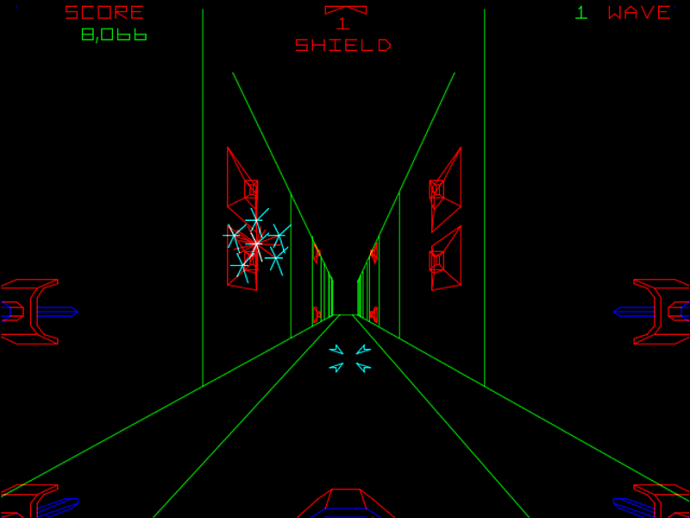 These games used points, lines and curves to represent images in computer graphics. So, instead of drawing images as pixels, vector graphic display used electronic beams to draw the images. Most of the earlier arcade games used this graphic. Many games gave very detailed static items in full-colour layouts, while moving objects were drawn using a vector beam.

Companies like Atari and Sega used this type of graphic for their games. Some of the games that are based on Vector Graphics are Space Wars, Star Trek, Space Fury, etc.

This type of graphics required programmers to upload pre-recorded video files to display action in the game. In today’s time, Full Motion Videos are used to present information during cut scenes. This type of graphic makes the game look ‘more movie like’. Games that are based on Full Motion Video are also known as interactive movies.  Some games based on this are Jurassic Park: The Game, The Walking Dead (series), Game Of Thrones, etc.

2D games are two dimensioned games. This graphic allows users to create a vast game world without any hassle as compared to 3D games. 2D games are broadly divided into three categories: More commonly known as the Bird-view, this perspective uses a camera angle that shows the players and the corresponding area from above. Most of our childhood games were played in this particular viewpoint. Some of the famous games included in this list are SimCity, GTA, Pokemon, Railroad Tycoon, etc. 3D graphics are graphics that use three dimensions of the geometric data. After the invention of 3D accelerated graphics units (NVIDIA, etc.), video games expanded, way above the level of 2D. 3D games are divided into three categories: The Legend of Zelda: Ocarina of Time

Here, while the game characters are rendered in 3D and in real time, the foreground remains static. The background tends to stay in 2D. Many of the early 3D games were based on these type of graphics. Examples are Alone in the Dark series, The Legend of Zelda: Ocarina of Time, etc. This refers to the perspective rendered from the viewpoint of the player character. These games are avatar based, where the controlling player would see the gaming environment as through the avatar’s own eyes. This kind of graphics applies in most shooting and racing games. Some examples would be Counter-Strike, Halo (series), Call of Duty, Need for Speed, etc. This refers to a type of graphical perspective that is rendered a distance away from the playable character. This allows the player to see the full body of the character and is the most common type of graphic used in action and adventure games. One of the few difficulties related to the graphic is the awkward jerking of the camera when the character stands against a wall. The three types of camera view in this graphic are: The camera positions are fixed during the creation of the game. The camera only follows the character. The cameras are under the command of the user, that is; it can be adjusted according to the need of the controlling player.

Rishi Baruah
iGyaan Network's newbie Rishi Baruah is a musician hailing from Mumbai. He plays drums for a Delhi-based band and specializes in Concert Photography. Oh yes, he can cook up a mean four-cheese pizza.
You Might Also Like
Games and GamingLatestOthersTech
Read More