The Hype Phone Of 2022 Launched, The Nothing Phone (1) Unboxed

by Chandrutpal BoroJuly 12, 2022
0
Now Reading
The Hype Phone Of 2022 Launched, The Nothing Phone (1) Unboxed
Browse This Page Nothing Tech is the latest venture from Carl Pei, Ex co-founder of OnePlus. Nothing’s first product was the Nothing Ear (1), a pair of TWS earbuds with a transparent design. And now, after months of slow reveals and teasers, Nothing has finally launched its first phone. Aptly named the Nothing Phone (1), the phone has been one of the most anticipated launches in recent memory. We at iGyaan take a look at the latest smartphone in the market.

Nothing founder Carl Pei had promised that its first smartphone will stand apart from its competitors, and it is safe to say they have succeeded. The Nothing Phone (1) comes with a bezel-less display, giving it a uniform width across the screen. The frame is made from completely recycled aluminium. However, the most striking and talked about aspect of the device is the back, which features a transparent design. The phone “shows off” its internals, something that no other manufacturer has done with their products yet. The back of the Nothing Phone (1) also features a number of LED lights, dubbed the Glyph Interface. The LEDs have unique light patterns depending upon the scenario, for example, the LED lights on the bottom of the phone acts as a charging indicator. There are also preset ringtones that uses the Glyph Interface which lights up the LEDs in a set pattern in sync with the ringtone. Furthermore, users can add their own sounds, which the LEDs automatically sync to. The Nothing Phone (1) is powered by Qualcomm’s Snapdragon 778G+ chipset while the Adreno 642L handles GPU duties. The device will be launching in three variants, either with 8GB ram and 128 GB internal storage space, 8GB and 256 or with 12 GB and 256 GB. Unfortunately, there’s no expandable storage. On the software side, the device features Android 12 out of the box, with the company’s own Nothing OS 1 UI skin making its debut. Nothing is providing 3 years of OS updates, and a further year of security patches. The display of the Nothing Phone (1) is a 6.5 inch, 2400 x 1080 flexible OLED unit. The screen features an adaptive refresh rate of 120 Hz and supports HDR10+. Due to the phone’s flexible OLED panel, the screen bends round the sides, giving the screen a uniform width across all corners. The display is a flat unit, unlike some of its competitors. Also unlike some of its rivals, the Nothing Phone (1) comes with a dual-rear camera setup. Both the main shooter (f/1.8) and the ultra-wide(f/2.2) are 50 megapixels. The rear cameras can record videos at 4K/30Fps and features OIS. The Glyph LED lights also act as a fill flash, there is a standard flash LED apart from the Glyph. The front camera is a 16-megapixel unit that can also record videos at 1080p/30fps. Sales for The Nothing Phone (1) will start at 7 PM IST on 21st July 2022, exclusively on Flipkart in India. It will be available in two colour options, black or white, and three variants to choose from, 8GB/128GB (INR 32,999), 8GB/256GB (INR 35,999), and the 12GB/256GB (INR 38,999). The Nothing Phone (1) will be initially available in an invite-only basis. You can go to their official website and register to join the invite list. The registration costs INR 2000, which is non-refundable but will be adjusted when you buy the device. Customers who pre-ordered will get a further discount of INR 1000. 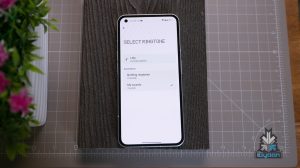 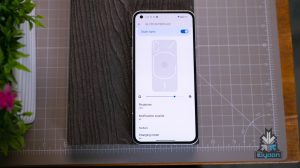 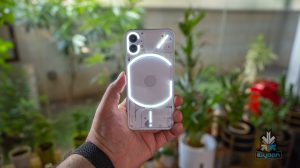 HDFC Bank is providing an Instant discount of Rs 2000 which can be clubbed together with their 3 and 6 months easy EMI option. All other banks are offering 3 months Easy EMI. Since the Nothing Phone (1) is following the current smartphone trend of not proving a charger in the box, you can buy the 45W adapter for INR 2499(INR 1499 for pre-order customers). Pre-order customers can also buy The Nothing Ear (1) TWS earbuds at a discount of INR 1000, bringing the price down to INR 5999.

The Nothing Phone (1) enters a hot contested category in the smartphone business. It will be interesting to see if Carl Pei’s latest hype product disrupts the market as much as the original OnePlus 1. What do you think about Nothing Phone (1)?

Stay tuned for iGyaan’s full review the Nothing Phone (1)  in a few days.