Leaked : Blurry Images Of Huawei Ascend P2 Ahead Of MWC 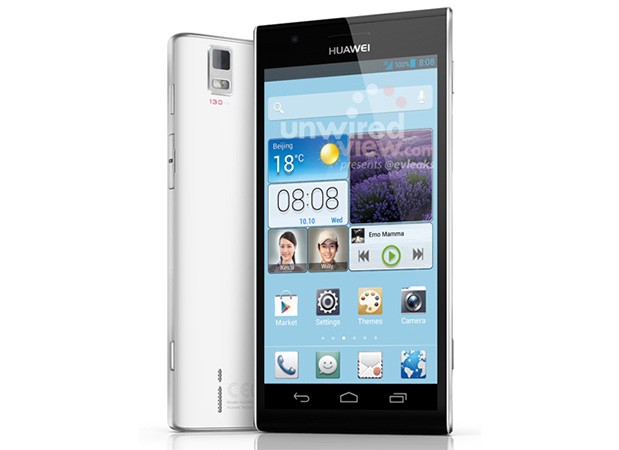 The Huawei Ascend P2 is a sure thing — the question is whether the rumoured specs will match up to the hyped ones.

Another set of Huawei Ascend P2 images have surfaced. These latest are offering a look at the backside of the device as well as a slightly blurry look at the front side. Basically, these are certainly not the best leaked images we have seen, however on the flip side — it is nice that the pics are showing an actual phone.

The new smartphone is expected to sport an 8.6mm thick body, along with a 4.7-inch (or larger) Full HD display, capable of delivering a 468ppi pixel density.

According to various sources, the phone should also sport Huawei’s home-made quad-core SoC clocked at 1.8Ghz, with 2GB of RAM, along with a 13-megapixel photo snapper on the back with HDR, and Google’s Android 4.1.2 Jelly Bean platform loaded on top.

Additionally, the device is said to feature 8GB of internal memory, a microSD memory card slot and a 2,200 mAh battery inside.

Huawei is set to hold a press event on February 24 at this year’s Mobile World Congress and we’ll probably see the Huawei Ascend P2 debut there.