Hands On: Gionee ELife S5.5 Slimmest phone in the World The Slimmest Phone in the world moniker goes to the Gionee E Life S5.5, but it does impress us in other domains as well.

Gionee held a mega event in India and launched the slimmest phone in the world. The company launched a smartphone that is only 5.5 mm thick or should we say 5.5 mm thin. The Gionee Elife S 5.5 was globally launched at MWC 2014 where the company showed off a pre build version of the device. The final version meant for India will be available for purchase starting April 27th for a price of Rs 22900 .

The Elife S 5.5 does not only seem to aim to be the slimmest phone by any means necessary, it actually impresses in many other domains. The handset is superbly well built with a great mix of metal and glass, with the later taking care of the front and back of the handset. 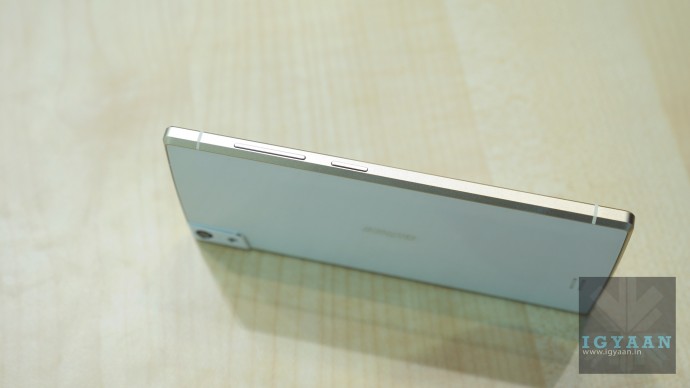 Honestly 5.5 mm is about as slim as we can take, any slimmer and a smartphone will become uncomfortable. The ELife S 5.5 despite its metal and glass appearance manages to not be very sharp at the edges. The S 5.5 has rounded off edges at the back to give it a more tapered design making it more easily handle able and pocketable. 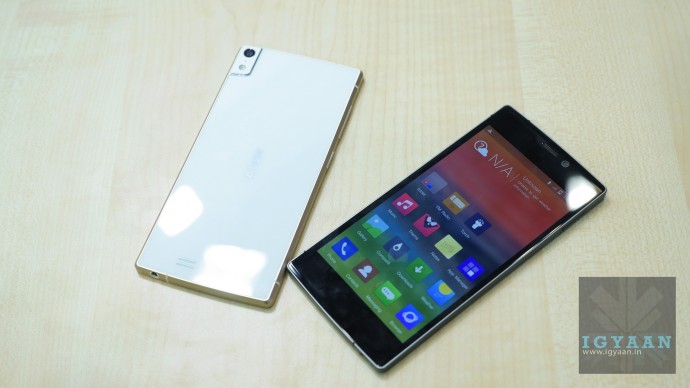 Hardware on the Elife S5.5 is on the up side as well, with a true octacore Mediatek chipset clocked sat 1.7 GHz, no its not the turbo version seen on the Micromax Canvas Knight, but it is the same chipset sans turbo of course. You also get 2 GB of RAM and 16 GB Storage, with a 13.0MP AF +5.0MP camera combination both with wide angle lenses and 1080 p video capture. 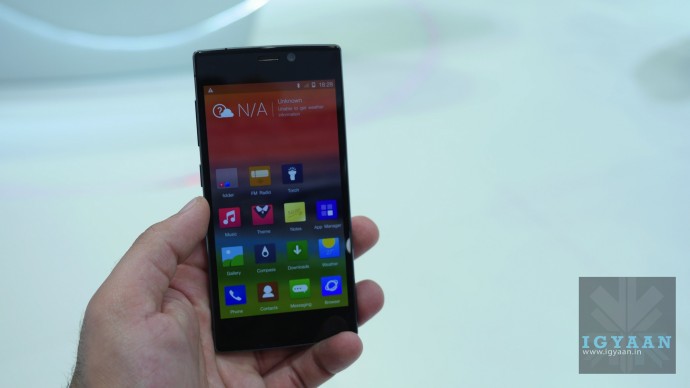 Gionee has come leaps and bounds in terms of the user interface, the new Amigo 2.0 is not only faster and more responsive it also looks a lot better and has interesting elements which were earlier missing from the UI. The new themes and colors option along with smoother transitions and good looking animations make the S 5.5 slim smartphone look and behave the part of being a smooth operator (pun intended) The battery life also seems to have come really far on the new S 5.5 with the handset doing much more with less drainage. One thing the unit lacks is LTE capability, however our country mostly lacks that too so can’t really complain. 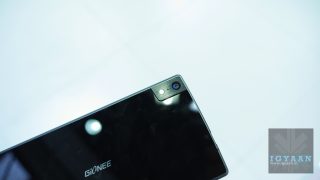 The handset turns out to be a beautiful mix of design, looks and capability for an impressive price, however only extended testing will reveal the true outcome.

[quote text_size=”small”]Beautiful mix of design, looks and capability for an impressive price[/quote]

Stay tuned for our hands on video.

Bharat Nagpal
Founder and Chief Editor of iGyaan. Bharat likes to keep on top of technology ! Follow Him on Google Plus : Google+
You Might Also Like
AndroidGioneeLatestMobile
Read More