We have witnessed a surge in competitively priced phones this year, with the likes of Lenovo, Xiaomi and Oppo aggressively battling for the crown. However, there’s one smartphone manufacturer who is yet to make a mark on the Indian smartphone market – Huawei. With the launch of its latest smartphone, Honor 6, Huawei may well be on its way to create a stir. The smartphone boasts amazing specs which have the potential to give other manufacturers a run for their money. The Honor 6 only sounds great on paper, now let’s see if its worth it!

For starters, it’s the first smartphone with the new HiSilicon Kirin 920 SoC, an octa core processor coupled with 3GB RAM and a mammoth 3100 mAh battery. Ascend series have been the flagship models from Hauwei, but it seems the honor series is the hot property these days. The smartphone features an octa-core processor made of four Cortex A 15 cores and similar number of Cortex A7 cores. Available for Rs.19,999 via online retailers only, the phone seems to justify its price with what lies under the hood.

Probably the most talked about aspect of the phone, the brand new HiSilicon Kirin 920 SoC. It is the next iteration of the Kirin 910T, which we have seen earlier on the Ascend P7. It features 4x Cortex A7 and 4x Cortex A15 clocked at 1.3GHz and 1.7GHz respectively, coupled with 3GB LPDDR 3 RAM. Yes, a deadly combo about which we will elaborate later. The phone comes with an impressive 16GB in built memory along with a microSD slot with an expandable capacity of up to 64GB.

In terms of connectivity, the phone offers Bluetooth 4.0, Dual-Band Wi-Fi, 3G, GPS, FM Radio along with a 3.5 mm jack. The smartphone is powered by a non removable 3100mAh battery.

The design of the Honor 6 is minimalistic, and it has a sleek form factor; with thickness of 7.5mm and weight of a mere 130g. Although, it appears Huawei didn’t really spend much time making the phone as pretty as much as it made it useful. The design is pretty close to what we saw on the iPhone 4, with a glass front and rear. The back of the glass has dotted textures, which don’t stand out predominantly. The sides are made out of metallic finish plastic. As a result of the combination of plastic and glass, the phone does feel a bit slippery in the hand.

However, Huawei has done a good job when it comes to button and port placement. The power button, volume rockers, microSIM slot and the microSD slot are all placed on the right side, leaving the left side clean. The USB port is located dead center on the bottom, while the on the top lies the 3.5 mm jack. The rear houses the 13MP camera with a dual LED flash. With a Krin 920 octa-core along with Mali T628MP4 GPU, bundled with a 3GB DDR3 RAM, we were expecting some impressive benchmark figures from the Honor 6 and it did not disappoint. The phone scored an impressive 40,000 on AnTuTu which translates into real world performance. The massive memory pool available runs multiple apps at ease without any lags.

The 3100mAh battery can easily last a day of heavy usage, could extend to a day and a half under normal usage conditions. Users are also given an option to further enhance battery life by switching to the screen and power saving mode.

Coming to the OS, the smartphone runs on the latest Android 4.4.2 KitKat with Huawei’s in-house Emotion UI 2.3 on top. The overall design of the UI comes of a bit off beat with the vibrant colourful icons. Apps and widgets are laid out on the Home Screen, which appears slightly cluttered and can be overwhelming for a new user.

The notification panel comes with colour choices. They have given two tabs on the notifications panel, the notifications and short cuts, which come in quite handy enabling users to switch easily. Other nifty feature which the EMUI offers is the ‘Smart Asssistance’ option which includes Suspend button and provides on-screen controls, motion enabled controls like flip to mute, along with a gloves mode. The Huawei Honor 6 offers a 13 MP rear shooter with a Sony BSI sensor along with a F2.0 28mm wide angle lens and a dual LED flash. The UI provided on the camera is standard. However, the image quality does not justify the camera specs, as they have a tendency to appear grainy. The camera can take decent shots during the day. Meanwhile, the front shooter also lacks sharpness and the finer details. The camera enables video recording at 1080p, though the lack of OIS becomes quite apparent. Overall, it is fair to say that the camera of the Honor 6 is one of its weak points. 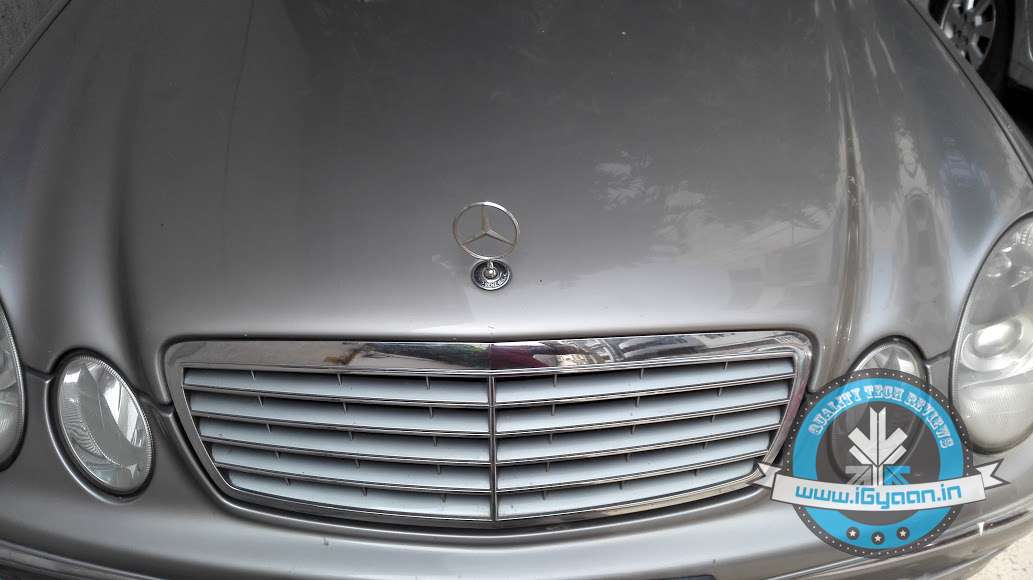 The Huawei Honor 6 has a 5-inch Full HD 1080 x 1920 pixels LCD display with a pixel density of 445 pixels per inch. Well, that sounds and looks good. The smartphone can render excellent brightness even in very bright conditions. However, the panel is a non IPS which makes viewing angles a bit scruffy. However sunlight visibility and colour reproduction is top notch.

With a 5-inch display, playing games and watching movies is a fun ride with the Honor 6. The phone can easily withstand those frame rates, animations and transitions without any lag or stutters. Playing Asphalt 8 was also delight on the Full HD screen. It runs most games flawlessly, even at maximum graphic settings, while 3GB of RAM allows multitasking with ease and provides enough resources to run multiple apps in the background. All in all, gaming experience on the Honor 6  is quite immersive and seamless as it can run most games without any lags and stutters. Though, I was not really satisfied with the placement of phone’s loudspeaker as its housed at the back and blocks sound output while you’re holding the phone.

Considering its priced for Rs.19,999, Huawei Honor 6 is strategically coupled with the state of the art hardware. The EMUI 2.3 gives a lot of additional features without hampering the overall performance of the phone. The brand new HiSilicon’s Kirin 920 bundled with 3GB of RAM is a match made in heaven. The Honor 6 is a multimedia delight along with the 3100mAh battery performance. The phone has minimalistic look and build to it, though made out of good quality. The camera may be one of the weaker links in the Honor 6, but other aspects of the phone are top notch and can beat any phone under the given price bracket.