This Kickass Headset Comes From HTC and Valve

by Happy NagashettiMarch 1, 2015
0
Now Reading
This Kickass Headset Comes From HTC and Valve
Browse This Page Taiwanese smartphone maker, HTC is known as one of the premier smartphone companies. It was one of the first companies to bring out Windows and Android based devices. It’s known for its unique design elements that make its devices recognizable in the crowded smartphone market. HTC is now taking an aim at a new device segment; virtual reality(VR) headset with the new HTC Vive.

HTC has unveiled the Vive at a special event held in Barcelona, Spain. The device is made in collaboration with an entertainment software technology company called Valve. Valve will offer its Steam VR tracking and input technologies whereas HTC is responsible for the design as well as the build of the product. 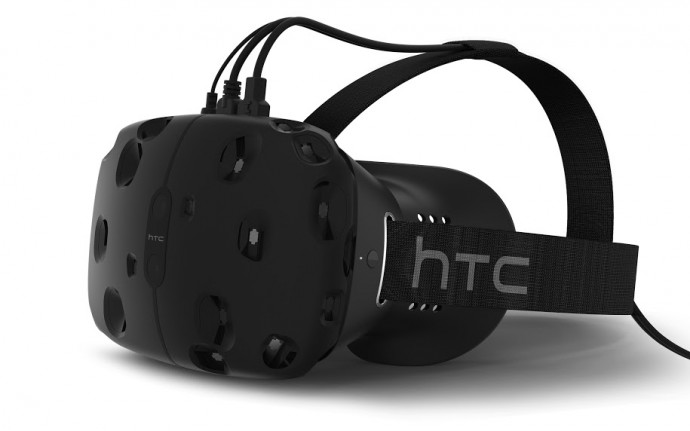 HTC Vive will take on the likes of Oculus Rift, Gear VR and Project Morpheus.

HTC Vive is claimed to offer immersive VR experience that includes moving around and interacting with the virtual space. The device comes with wireless controllers that make it rather easy to operate and get on with the virtual gaming. It offers high-quality graphics, 90 frames per second video and impressive audio fidelity.

HTC has collaborated with many game developers such as Vertigo Games, Wemo Labs, Google, Owlchemy and others to generate content for the HTC Vive. Beta versions of the games for the Vive Developer Edition have already been produced. HTC is also working with companies like Google, HBO, Lionsgate and the National Palace Museum in Taiwan to create unique content for the new VR device.

In its present iteration, the HTC Vive looks like the first generation Oculus device. It looks massive and messy with the cables hanging on top of it. Being the Developer edition, it still has a look of a prototype device. HTC might tweak the design to make it wireless by the time it arrives in the consumer market.

The Developer Edition of the HTC Vive will be launched this spring. The consumer edition is expected to come out by the end of 2015. Virtual Reality headsets are one of the most promising consumer devices and have tremendous potential. HTC’s entry into the VR foray definitely makes things interesting for the market.

Happy Nagashetti
iGyaan Network's newbie Happy is a Technological Hedonist, Traveller, Photographer, Curious Humanoid and a giant foodie who is always pumped up for new adventures.
You Might Also Like
HTCLatestWearables
Read More