It was only yesterday that Microsoft made an announcement about the summer release of Windows 10 in 190 countries around the world. It was not the only news announced by the software major, and Microsoft surprised everyone with the announcement of its exclusive partnership with Chinese smartphone brand Xiaomi. The multinational firm revealed the development of a Windows-based software (ROM) for Android devices that turn the Android run handsets into Windows phone, is underway. Today, images of Xiaomi Mi 4 devices running on Windows have surfaced online. Since, Mi 4 is designed to run on Google’s Android platform, these fresh pictures speak of the Technical Preview of Windows 10 that Microsoft was talking about. The invention of a ROM that can swap the OS to Windows on Android devices is ground-breaking. However, it is uncertain how many of us would like to leave the cosmic Android arena to join the confined world of Windows on smartphones. 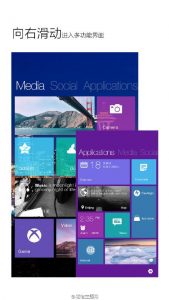 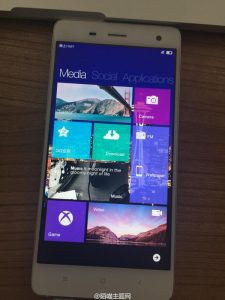 The new Windows 10 ROM doesn’t offer dual-boot feature and forces itself onto the installed device. Windows 10 then becomes the default OS of the smartphone. The basic idea behind the software is to give Android users an experience of Windows 10 user interface and apps.

The testing of Windows 10 ROM is limited to a selected group of Xiaomi Mi 4 users. Microsoft picked Xiaomi since it has a vast user base which provides constant feedback on their products. Microsoft aims to use Xiaomi’s already existing user base to receive suggestions by proving the latest version of Windows on their phones.

Meenakshi Rawat
iGyaan's newbie Meenakshi handles content at iGyaan. She is an ultimate foodie, loves travelling and likes to read.
You Might Also Like
LatestMicrosoft
Read More