Motorola’s first foray, after a really long while, into the premium handset domain was well thought out. The Moto Turbo launched in India for a price of Rs. 41,999 and comes after the moderate success of the newest gen of Nexus phone which was also manufactured by Motorola for Google. The Moto Turbo is no lightweight contender in the battle of heavy weight champions, in fact it even looks the part. The body of the Moto Turbo is rugged and well built, a solid texture at the back adds copious amounts of good looks and grip. This texture also makes it less prone to scratches and damage. Motorola has slyly hidden the sim tray behind the volume rocker, a tough guess location, especially if you don’t know where to look for it. The unibody design is appreciated, the large battery would be sufficient to warrant a non removable type design too.

The Moto Turbo is all about the grip; the buttons are robust and tactile with a sliced grip that you can feel on your skin. The glossy metallic bezel adds the upmarket feel and the overall package is a good mix of beauty and brawn. A previous gen Gorilla Glass 3 protects the front display of the Moto Turbo, which incidentally is a brilliant 5.2 inch Quad-HD Super-AMOLED type with a 2560 X 1440 Pixel resolution giving it 565 ppi.

Running this monster is a Qualcomm Snapdragon 805 chipset with a Quad Core CPU clocked at 2.7 GHz (Krait 450). The GPU is the new ADRENO 420 and all of this is managed with 3 GB of RAM and a fixed 64 GB of storage (for the Indian variant, internationally 32 GB options are available too) 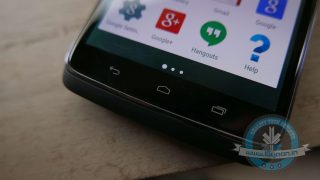 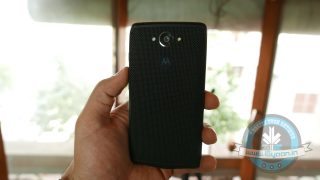 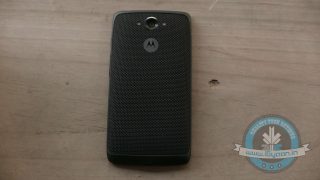 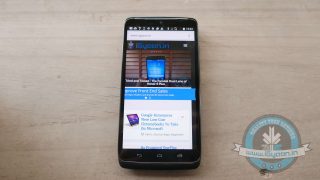 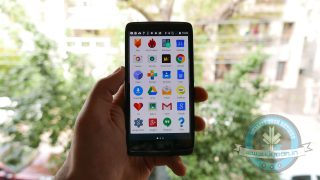 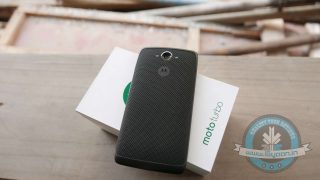 The Moto Turbo supports LTE Cat 4 networks, which should suffice in most regions without network compatibility issues. You will also get mostly stock Android 5.0.2 to boot and some Moto apps like ‘Moto Alert’ and the ‘Moto’ app.

You also get quick actions, twist the device to launch camera, Moto Display activates on approach and you can wave to silence an incoming call.

Moto Voice can be enabled from anywhere, including the lock screen to ask arbitrary questions like “when is my next meeting” or “how far away is the moon”. Some of which may have been seen in the Moto X handsets. 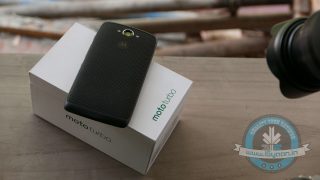 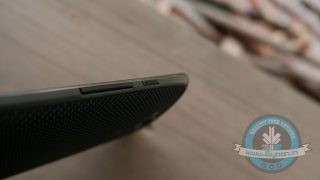 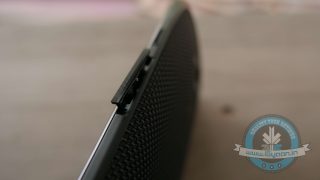 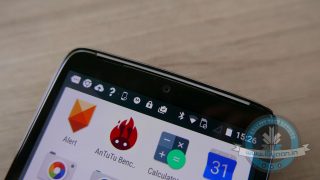 The Moto Turbo is very fast and responsive. Its UI is a pure experience, the kinds that you would expect from a Motorola device.

The Main Camera is a whopping 21 MP shooter with adaptive autofocus, and dual LED flash. It will record 4k videos at 24fps and the front has a nimble 2MP snapper. The camera app is mostly basic and we do wish that they had worked on a better app. The depth of field is excellent and the camera has a burst mode which is decent.

Here’s a brief about its specifications:

Check Out Our Hands On Video: