Back in September, Google released a beta project ARC (App Runtime for Chrome) that allowed Android apps to run on Chrome OS. Now the news has surfaced that speaks of its compatibility on every desktop version of Chrome. This means any user running the latest Chrome browser can download and run the Android apps on different platforms like Windows, Mac OS X, and Linux.

As aforementioned, the project is in beta stage and is officially designed for developers only. But one can download the .apk file of any Android app and install it on their desktops. All you need to download is the ARC Welder tool where you can find the official .apk files of all the Android applications from Play Store. 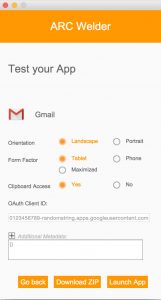 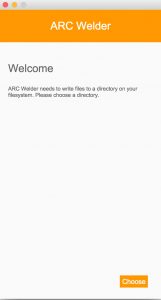 The ARC project is a double benefit initiative targeted at customers and developers alike. Customers can port any Android-powered app to the desktops, developers can test any app by submitting it on ARC. The application to run softwares is based on Android 4.4 KitKat, giving users access to a range of standalone apps like Twitter, Facebook, Facebook Messenger and a wide variety games.

It’s a nice push by Google to make every laptop or Macbook running Windows, Mac OS X, and Linux its platform. Through the project, the internet giant has given folks an easy way to peek into the gigantic Android world and experience it.