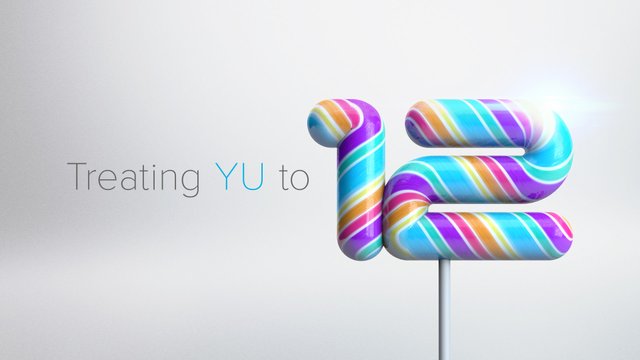 Cyanogen has started pushing its exclusive Cyanogen OS 12 update based on Android Lollipop to Yureka devices. The India-based smartphone firm revealed that the L update is a major design overhaul. Along with better touch and design of the UI, enhanced animation is said to add more depth to the interface. The update lets users personalize application notifications, which are now better integrated with the lock screen.

Our Lollipop (‘L’) update is rolling out to YUREKA owners today. Treat yourself to OS 12. @YuPlayGod #CyanogenOS http://t.co/vVnnSo0ppW

The YU Founder Rahul Sharma commented on the update –

The Cyanogen OS 12 update is a product of our passion and dedication towards reinventing and redefining the consumer experience and I am extremely excited to share it with our community.

Many new tools and design options are incorporated in the L update along with two key features, App Themer and Cyanogen email. The App Themer offers extra theming features, down to the granular ability to theme individual apps. The novel Cyanogen email, powered by Boxer, adds Exchange support, multiple account integration, and canned responses for quick replies to the OS. The statement released by YU remarks, “Boxer has also included great customization bells and whistles that lets the consumers select a different LED color for email notifications, and choose what happens when they swipe left or right on a message.” Boxer’s premium version is free to all Cyanogen OS users.

Other features of the L update include improved privacy on the smartphone; users can create guest profiles to effectively control the usage of their device and can also freeze app screens for restricted user actions. The update supports Indian languages like Malayalam, Marathi, Bengali, Tamil and Telugu.

Meenakshi Rawat
iGyaan's newbie Meenakshi handles content at iGyaan. She is an ultimate foodie, loves travelling and likes to read.
You Might Also Like
Apps and SoftwareLatestMicromax
Read More