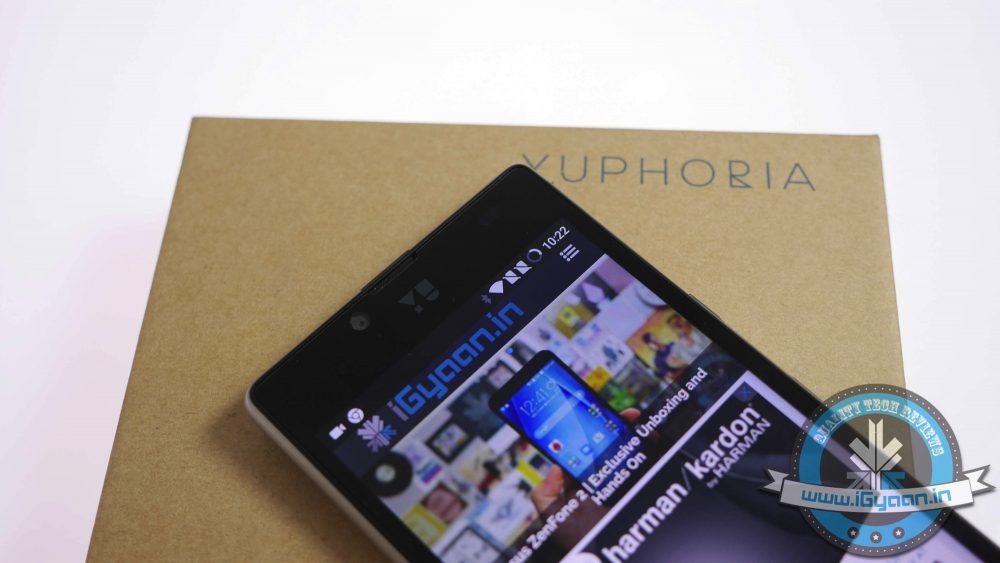 There are no surprises that the first lot of the Yuphoria sold out within seconds. The inception of YU as a brand is relatively recent. However, Micromax, its parent company, has been around for a while. Yu was started as an online exclusive spinoff resulting in deeper competition for the likes of Xiaomi and others who mastered this domain. The success of the Yureka has proved that Indian brands are ready to change their old decaying methods The Yuphoria is priced at a low Rs 6999/- however it packs in a big bang for its buck. Good construction is what YU and Rahul Sharma played off well while launching this device. Packed with more than you can expect from a budget handset. However, the market is now saturated, with the likes of Honor, Xiaomi, and Lenovo. So what makes the Yuphoria different and why is it getting attention? For Starters, in its entirety the Yuphoria handset will be assembled in India. It was made clear at the launch that the initial lot would come from China, however, post the first few thousands, the Yuphoria will be assembled in their local plant in India. The Yuphoria promises a lot and packs a decent set too. No, it is not game changing in performance, but its got a good lineup.

For a price of Rs. 6999/- one begins as thinking of this handset from YU as a no-brainer.

The YU Yuphoria may be a budget handset, but it feels like a lot more. The phone has fantastic construction for its price, an all metal frame, made from stamped parts, which have been laser welded into place. The edges give the phone a lot of rigidity and strength, which in turn gives a reassuring feeling to the holder.  The back has a soft touch rubberized back panel, which is not prone to fingerprints. The fat lens cap, however, is like an oil slick ; slippery and constantly smudgy. 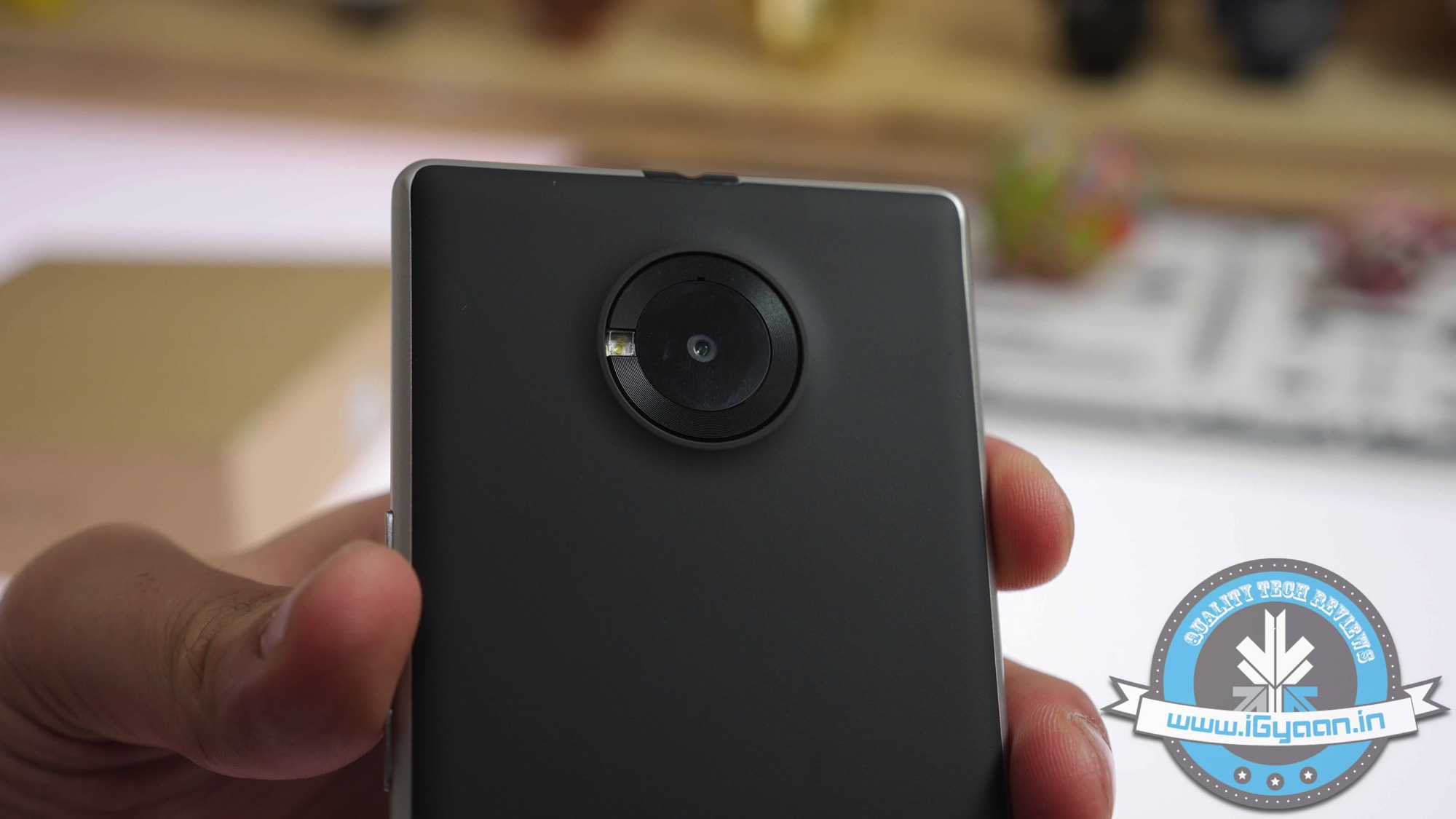 The design is very Lumia-like and resembles good-old Nokia Lumia handsets with the metal frame shape and fat lens in the back centre. There is a very slight, almost negligible, lip on the front glass of the handset that may attribute to some protection for the front glass. However the included screen protector is a great freebie, especially for a device that may not see case manufacturers running after it.

The Yuphoria is not a benchmark king, but then again it costs Rs 6999. We ran several benchmark tests, and the results were average. We weren’t surprised by the performance because the Qualcomm Snapdragon 410 is fairly limited in capability. However the way cyanogen is built, and the use of Android 5.0.2 on the inside will make day to day operations a breeze. Expect no lag in the usage of the device, while switching from and to backgrounded apps, making calls, browsing the internet.

The 64-bit architecture comes into play here, and while you won’t get the best “extreme” performance scenarios, the handset can handle high-end games at lower graphics.

No special points for guessing that Cyanogen 12 works well on the Yuphoria. The Lollipop version of Android with Cyanogen’s custom tweaks have made sense for this budget device, eliminating daily bothersome lags. Post many days of use, the operating system on the device remains smooth.

Many things are easier thanks to Cyanogen. You get tap to wake and sleep, but you don’t get screen-off gestures that let you turn on the flashlight or jump into the camera.

Benchmark results were off the usual expectations, and low. If you are expecting a performance workhorse, this truly is not your price segment, nor is the Yuphoria your device. This device runs smoothly through the day and will keep up with almost all sorts of usage as long as you are not going to work it too hard. It tends to heat up, however, the plastic back panel doesn’t let you bear the brunt of it. The metal frame appears to have been insulated to prevent it from getting hot. YU’s promotions prior to the launch of the Yuphoria included a music demo which showed off the loudness of the speakers. No, do not expect that at all. However, the AAC Technologies manufactured speakers are loud and clear and placing the Yuphoria flat on the table causes them to muffle out.

The camera is an interesting mix while the Yuphoria has a smaller MP size it has a wider aperture lens. You also get a big 1.4-micron pixel size that drastically improves low light performance. However, when the images are viewed on a larger screen, noise is apparent. The front facing camera is equipped with a 5 MP sensor that allows for higher resolution imagery however images are still noisy. Contrast is pretty good, and colour saturation is more accurate than many in this segment, but still off. 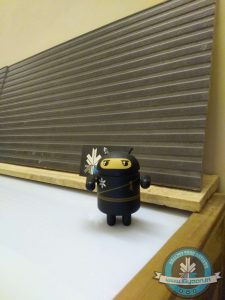 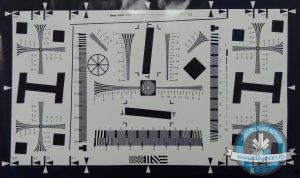 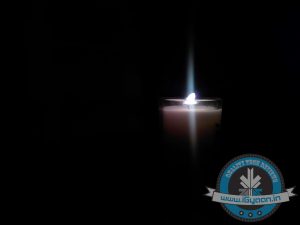 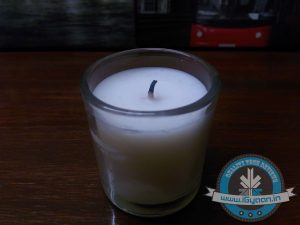 Cyanogen’s camera app is the same as what you saw in the previous version and adds just a few changes. Functionality remains simple, and you can swipe down to add effects/filters and jump to the settings to enable face detection etc. The camera is fast and snappy especially for a shooter in this class. YU paid special focus to the camera at the time of launch, however, it may not be a magical clicking machine that they promised, but it does overtake many in the region.

What good is a smartphone that makes no calls? The Yuphoria does not have that problem. The phone has been designed to accept 4G Sim Cards, which might be an excellent option. However, considering the rollout speeds of India’s 4G capabilities, you might be many models down by the time you get to use it.

The LTE band support makes the phone great for travel, again something that may only be useful depending on how much you travel. The connectivity is good, and dropped calls appear to be a non-issue with the Yuphoria. Unlike the Yureka, the Yuphoria has great battery life and there are no signs of the heating issues mentioned before.

Talk time standards were good when tested with 3G network, giving an average of 6 hours of talk time in a day of use.

The battery also charges quickly, giving you a full charge in about 1.5 hours. However, it’s not the fastest we have seen. The supplied “fast charge” charger would be the best way to charge this handset.

In a market that is a mess, with all kinds of phones from all kinds of companies, there seems to be some hope. The YU Yuphoria illustrates that you don’t need to pack loads of money to get a good smartphone experience. That’s what the Yuphoria is; A Good Smartphone Experience. But, it also just stops there, leaving a large void for improvements. As technology becomes more and more affordable, you might see what you call today “high end” trickle down to this price bracket sooner than you expect.

The Yuphoria makes for a good first smartphone, a good built premium feel smartphone, a good gift, a great new Android phone if you are replacing something in this price bracket, or even a second phone to  already have a special device. The Yuphoria will not impress the true geeks, the power hungry or even the benchmark crazy. The Camera is good, the battery is good and phone call capabilities are excellent. Cyanogen makes for the best experience of “Raw Android,” and the Yuphoria gives it at a mighty impressive price tag.

Just like any other domain, you do have alternatives from Lenovo and Xiaomi. But none of them run Cyanogen, and none of them are made of metal.