Netflix to Enter India Soon; Here are Some of the Challenges it Will Face

by Tejan MitraJune 25, 2015
13
Now Reading
Netflix to Enter India Soon; Here are Some of the Challenges it Will Face
Browse This Page A report suggests that Netflix, the US streaming giant, will enter India by 2016. This is great news for us film and TV buffs across India; we have been practically raised on a steady diet of films and TV shows. We recreate the famous train scene from DDLJ at railway stations to Dubsmash-ing the famous “Kitne Aadmi The?“. Even our politicians get filmy sometimes. No one loves films like Indians do. 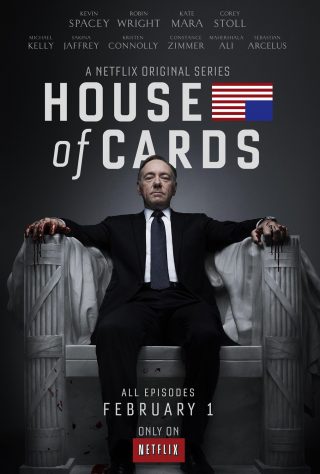 Netflix will not be the first company to provide a streaming service in India. In 2015, rival TV Networks STAR and Zee launched Hotstar and Ditto TV respectively. Before that, Sony LIV was launched. Earlier this month, Hooq was launched as a joint venture between Sony, Warner Bros. and SingTel. Then there is Ogle, backed by media-person Pritish Nandy and Spuul. Still, Netflix’ s arrival is interesting because it has been established worldwide and is known for producing popular TV shows such as House of Cards and Orange Is The New Black, which have a cult following in India.

However exciting Netflix’s arrival may seem, the company still faces some hurdles, the major ones being Internet speed, pricing, censorship and piracy. In terms of connectivity, Netflix demands at least 1.5 MBps Internet speed to watch the content. Most high speed Internet plans in India have a data usage limit and thus restrict the very nature of binge-watching, which has helped Netflix grow over the years.

“Sorry, Netflix is not available in your country yet.”

Even if Netflix survives despite slow Internet connections, there will still be some doubts over its commercial viability. In India, the streaming services can be categorized into two parts – free and premium service. Almost every service provides some sort of free service, because it guarantees audience. This goes against the business model of Netflix, which provides a trial period but ultimately charges. While Ditto charges Rs. 49 for a nine day pack, Spuul charges Rs. 150 per month for the Premium catalog. Hooq which has recently entered India, will charge Rs. 199 for unlimited access to Hollywood and Indian content. Combine that with the appropriate Internet package needed for streaming, the total bill for entertainment costs more than a High-Definition cable/DTH connection. Thus, Netflix has to decide a price which can suit the pocket.

Then, there is the issue of censorship. The Central Board of Film Certification (CBFC) is responsible for regulation of TV shows and films. CBFC’s power can be estimated by the fact that movies which stream on YouTube carry a CBFC certificate. So, for those who hope to see the uncensored version of Orange Is The New Black may be left disappointed. Even HBO has to censor Game of Thrones, even when it airs exclusively on the paid service.

Last but not the least, Netflix’s biggest worry is piracy. In April, Netflix’s show, Marvel’s Daredevil was downloaded at least 150,000 times in India alone within its first week of premiere. There are mainly two reasons people pirate a popular movie or TV show: they either cannot pay for the service or they want the uncensored version. As a result, Netflix has to carefully consider what it offers in terms of content and pricing.

Still, Netflix’s decision to enter India is a wonderful thing, since it will guarantee quality programming. Moreover, if Netflix decides to produce local content, it will enhance Indian entertainment. As our government puts it, good days have come.