Top 10 Tech Failures of the Decade Success means a particular technology solves a problem, whether it’s installed on a billion smartphones or handled by a few scientists carrying out techno-scientific work. But many technologies do not achieve success, typically because they fail to reach the scale of approval that would make them relevant. The reasons for failure aren’t foreseen. Let us look at some of the worst technological failures of all time: This one goes way beyond the decade, but was worth first mention.The Newton MessagePad platform was an early personal digital assistant, an ancient ancestor of the iOS platform used in the iPhone and the iPad, and the first tablet platform developed by Apple. Some of the reasons why it did not work out were that it was too big and cumbersome to use. It was almost an inch thick and too heavy to be considered pocket size. The device was too costly, it was priced at $700 for the first model and $1000 for the next variant. The non-backlit LCD screen made it very difficult to read and had a flash memory of only 1/2/4MB. The Newton’s handwriting-recognition software, marketed as one of its most innovative features, was notoriously inaccurate, even earning a mocking cameo in an early Simpsons episode. HD DVD was one of two formats for high-definition DVDs. The other format was Blu-ray. HD DVD was primarily funded and marketed by Toshiba and NEC and was first released as a consumer product in 2006. When HD DVD was first launched, it had a sales lead over Blu-ray. Industry analysts say that Toshiba lost almost $1 billion supporting the format before abandoning it in 2008. There are a number of reasons that the HD-DVD format lost out to Blu-ray, which was championed by Sony (SNE). The most commonly cited explanation is that Sony did a better job convincing major film studios to release high definition editions of movies for Blu-ray. Sony may have had an advantage because it owns one of the largest studios. Analysts believe that when Sony got Warner Brothers to adopt Blu-ray exclusively, it won the battle against HD DVD. Once upon a time Nokia thought it could compete in the handheld gaming business, and that error revealed itself in the form of the N-Gage. This combination phone and mobile console were so cramped that it was funny—assuming you didn’t waste $299 to get one. For starters, the N-Gage required users to hold it up to their heads sideways to talk, which made it look seemingly uncomfortable. In addition to this, gamers also needed to separate the back cover and battery to swap games. Nokia would release a mobile mea culpa series in the N-Gage 2, but it was too little, too late. 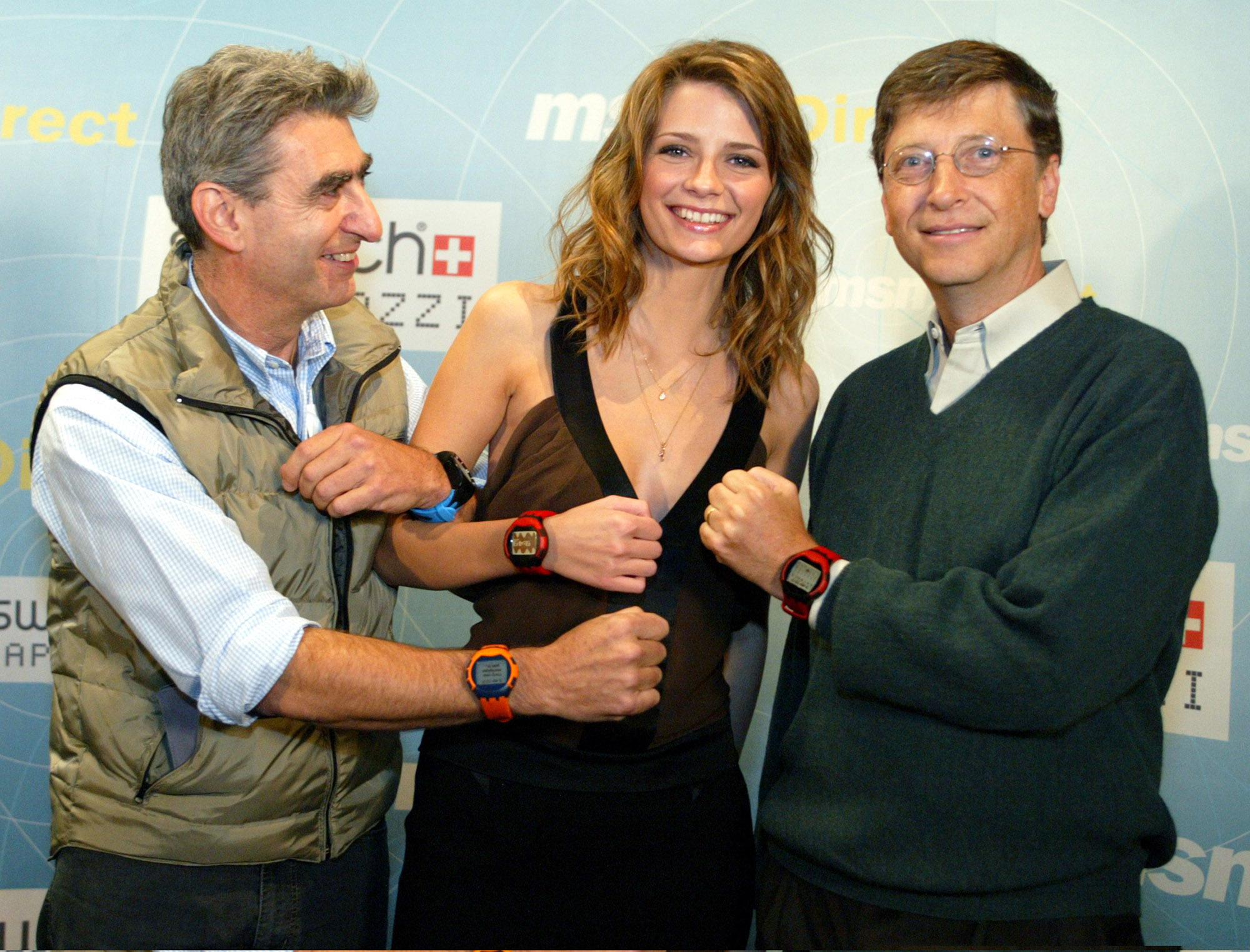 Literally and figuratively, MSN Direct Smart Watches were way ahead of their time. Made by the likes of Fossil and Swatch, these massive wrist-worn monstrosities fetched stock quotes, news, sports, and weather via FM radio waves for $9.99 per month. Sadly for Microsoft and its partners, smartphones already did the above and much more. The hardware would evaporate from the market by 2008, but Microsoft only recently shut down the network. The power of Windows in the palm of your hand. That was the promise of the OQO Model 01, which ran Windows XP on a 5-inch display. This mobile Internet device was indeed versatile, offering a slide-down thumb keyboard and a desktop dock. It had a very chunky design (.9 inches thick), got dangerously hot, had noise issues and a low battery life that made the $1,999 price tag way too much to digest, even for well-heeled mobile executives. Somehow, the satellite network provider thought that consumers would want a portable radio that wasn’t portable at all. To get live stations, you had to attach the S50 to a car kit. You could listen to recordings on the go, but only for two hours. Maybe that was for the better, since the S50 didn’t even live up to its measly 6 hours of battery life. At the time, XM2Go devices were a much better deal; they were heavier but lived up to the promise of a live satellite radio. Before Apple dove into the smartphone market, it tested the waters by associating itself with the Motorola ROKR E1 ($249). Dubbed as the first “iTunes phone,” the ROKR wasn’t even a one-hit wonder. Thanks to its poor 100-song capacity and the incompetence to download tracks from the web, consumers immediately turned this handset out. No one needed an inadequate companion device for their iPod that could make calls; they required it all in one device and Apple would give it to them two years later.

Before there was Google Glass, there were Oakley’s Thump sunglasses, which blended shades with an MP3 player. Too bad the glasses were ugly, and the audio controls were awkward to use. Plus, users were stuck with a measly 256MB of flash memory at a sky-high $495 price tag. If BlackBerry’s recovery fails, the PlayBook will be recognized as one of the nails in the coffin. Research in Motion, or RIM, was so busy showing off the fact that it’s 7-inch tablet could perform and play HD videos via its HDMI port, that it forgot to add native email and calendar apps. That’s right, the PlayBook didn’t let you see your messages or appointments unless you had a BlackBerry phone connected to the slate via Bluetooth. Amazingly, RIM called this apparent weakness a security feature. Less than nine months later, co-CEOs Mike Lazaridis and Jim Balsillie stepped down from their posts. It’s hard to understand now, but the HP TouchPad was one of the most anxiously anticipated tablets back in July 2011, promising to breathe new life into webOS’ multitasking-friendly interface. Some of the software elements were indeed smooth, such as Stacks for organizing related tasks and a polished notification system. Ultimately, though, a slow and buggy performance and a dearth of apps doomed this slate. After less than three months on sale, HP pulled the plug on the TouchPad and all webOS hardware.