Today Yu Televentures announced a new handset, the Yu Yureka Plus. The phone is a revision to the existing Yureka, with added benefits. The revised specs also called for a revised price of Rs. 9,999.

Registrations for this handset have started again today and the handset will go on sale on the 30th of July exclusively on Amazon.in. The Yu Yureka Plus is a phone that the Yureka should have been, in the first place. However, it is the company’s way of letting their consumers know that they are listening. The Yureka Plus improves on key features without drastically increasing the price. Is it worth the extra moolah? Let us find out in the iGyaan review. Spec wise, the phone is more or less the same with some improved features. A higher resolution display with Gorilla Glass 3, a new Sony sensor in the camera and a stronger chassis.

Design wise, you really cannot tell one Yureka from the other (even if the other is a Plus). The only real design change is the availability of the the alabaster white colour, which is great to look at. Since it is a matte finish, it won’t attract fingerprints, but it will attract stains and pen marks just like the Silk white OnePlus One. For our other inputs on the design you can revisit the original Yureka review.

Build-wise, Yu claims that there is a brand new chassis which has been reinforced for additional rigidity in the frame. The phone is more resilient to drops and dings and just like the first gen Yureka, should last you a long time. The addition of Gorilla Glass 3 as a top layer of the display will make the phone slightly more tougher. The Yureka was pretty tough as it is, and we showed that off in our review of the handset. Pop on a case and the included screen protector and you are good to go. However, the new white colour, despite being resistant to smudging and fingerprints, gets dirty easily and will attract ink stains and food stains.

Just like on the design front, the performance of the Yu Yureka Plus is the same as the Yureka. The Hardware is identical and a few software improvements are apparent. The phone does not heat up despite excessive usage, and the plastic shell of the phone aids in keeping the heat at bay. Although the Yureka was in big trouble with heating issues, after some usage, it appears to be resolved.

We, just like everyone else who waited for a new device, expected a big bump in specs and that was not the case with the Yureka Plus. The company launched a modest update and the performance hasn’t been entirely impacted. The benchmark scores are higher due to software optimizations, but this might not be the case after weeks of usage.

Gaming seems better too, we did face few drops and jitters while playing games like Asphalt 8 and we are not sure if the full HD display will impact the GPU performance enough to make a difference in gaming.

The Yu Yureka Plus will handle two LTE enabled SIM cards, however, you can have data running on one SIM at a time. LTE speeds are good as we managed over 20 Mbps downloads on Airtel Delhi Network. The network remains strong through most areas, which also impacts the battery less, hence improving the battery life. 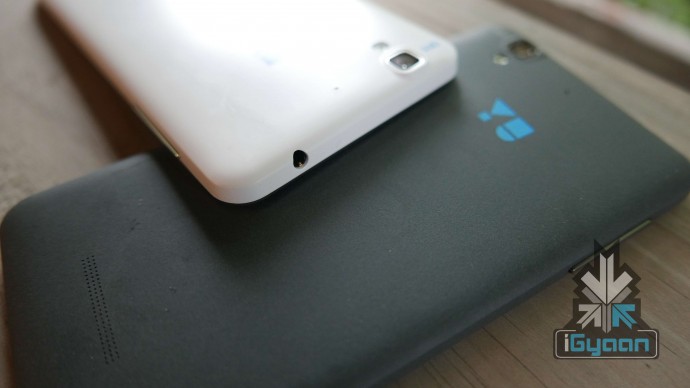 Calls remain good too, the proximity sensor issue also seems to have been addressed. Sometimes however, during the calls the screen turns on, on its own, which can get rather frustrating. Dropped calls are negligible and can also be due to network limitations in certain areas.

Battery will last you a day with moderate usage. The Full HD display will impact the battery life a little extra, but optimisations from the company improve performance, considerably. We did hear mixed opinions about the battery last time, where some experienced good battery life while others had heating and battery drain issues. If that will be the case with the Yureka Plus or not, is presently unknown. Yu Yureka was the reason that OnePlus had to drop Cyanogen OS usage on the One when it was launched in India. Their Cyanogen OS exclusivity partnership is one of the biggest reasons that makes the Yu franchise stand out. Cyanogen 12 OS comes out of the box on Android 5.0.2 along with many of the new features on the OS. The newer user interface has a highly improved experience. Transitions and page changes are fluid too. Cyanogen customization options make the usage very personal, and the tweaks and quick toggles make usage, easy.

Negative chatter still remains high on the lack of service quality from Micromax. The Yu franchise also has the same response. With a lack of spares, service from the brand is slow and tedious and somewhat expensive in case of things like cracked display replacement.

The forums are active and a large community has adapted the brand and endorse it thoroughly. We don’t see many updates from the company when compared to the activity of companies like OnePlus and Xiaomi on their respective forums. However the discussion boards are full of consumers and prospective buyers communicating within themselves, which is in itself, a great thing. There are also YU team members who answer queries, in the usual, robotic manner. The increase in resolution is always welcome, especially when it brings along added Gorilla Glass 3 protection. The outdoor visibility is poor and at its brightest setting, it is barely visible. The increased resolution improves ppi to 400ppi which will improve the usage experience. The display has good colour reproduction and viewing angles.

The camera sensor has been improved from a previous gen Sony sensor to a newer sensor which will capture colours better and work well in low light conditions. The megapixels remain the same at 13MP, however images are sharper and contrast is better. Some samples are given below. Video is still shot at 1080p and thanks to better low light performance and colour saturation, the video quality is much better. While the price difference is negligible and so are the improvements, the Yureka Plus adds a Full HD display and a better camera, with a supposedly better build. All of which are worthy of the Rs. 1,000 price increase. There is no loss in performance, in fact, it is a tad bit better. If Yureka was your choice before, the Yureka Plus should be your choice now. There are however some other options in this price bracket, the ZenPhone 2 and the new Moto G (3rd Gen) is just around the corner.  Check out our video review below.