Unboxing and Hands On: The New Moto G (Gen 3) 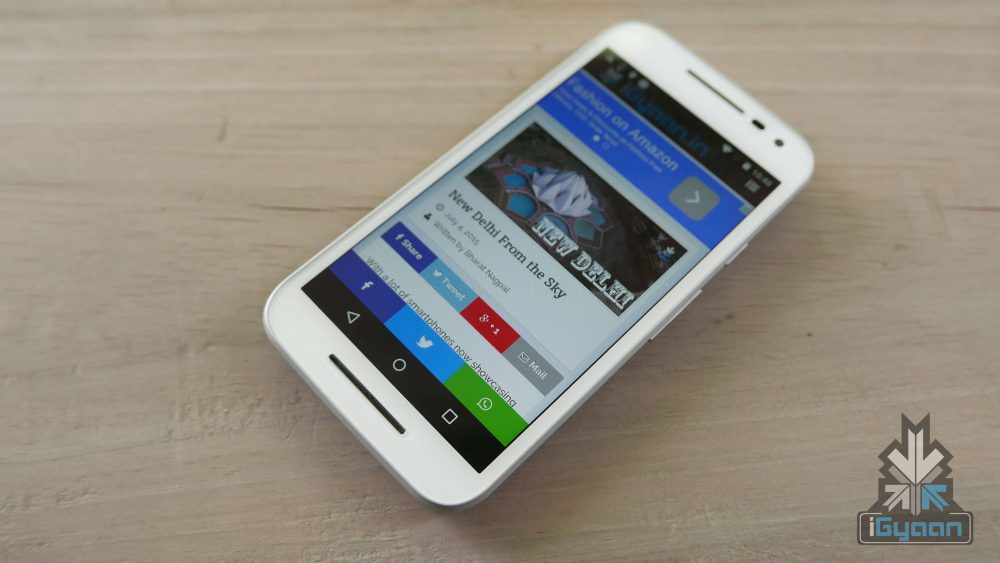 After weeks of speculations and leaks, Motorola has finally launched the new Moto G (Gen 3) today. The device will be available on Flipkart from midnight today priced starting at Rs. 11,999. From the first look, Motorola has made some notable improvements in the phone, such as an increased battery life, upgrading the rear camera, and has made Android Lollipop the default OS that will be compatible with 4G network. The phone comes with a dual USB port charger, a mini USB cable for charging and data transfer purpose and the usual documents containing warranty card and user manual. Similarly designed to the previous generation Moto G, the phone’s back panel has a nice finish. The power and volume button is located on the right side of the phone.

The Moto G (Gen 3) has the same display as its predecessor, a 5 inch HD display with 720p resolution. For a mid-range phone that this was, Motorola could have included a full HD display, but surprisingly didn’t. The processor has been upgraded from Qualcomm Snapdragon 400 to Qualcomm Snapdragon 410. However, the user won’t notice any major difference since it’s a known fact that the two processors perform quite similarly.

Knowing the current 4G scenario in India, Motorola has wisely included 4G support in the Moto G (Gen 3). Perhaps this also explains the need for a bigger battery, which has been upped from 2070 mAh to 2470 mAh. The phone will be available in two variants – the 8GB storage + 1GB RAM and  the 16GB storage + 2GB RAM. While the former is meant for casual users, the latter has been aimed towards gamers. 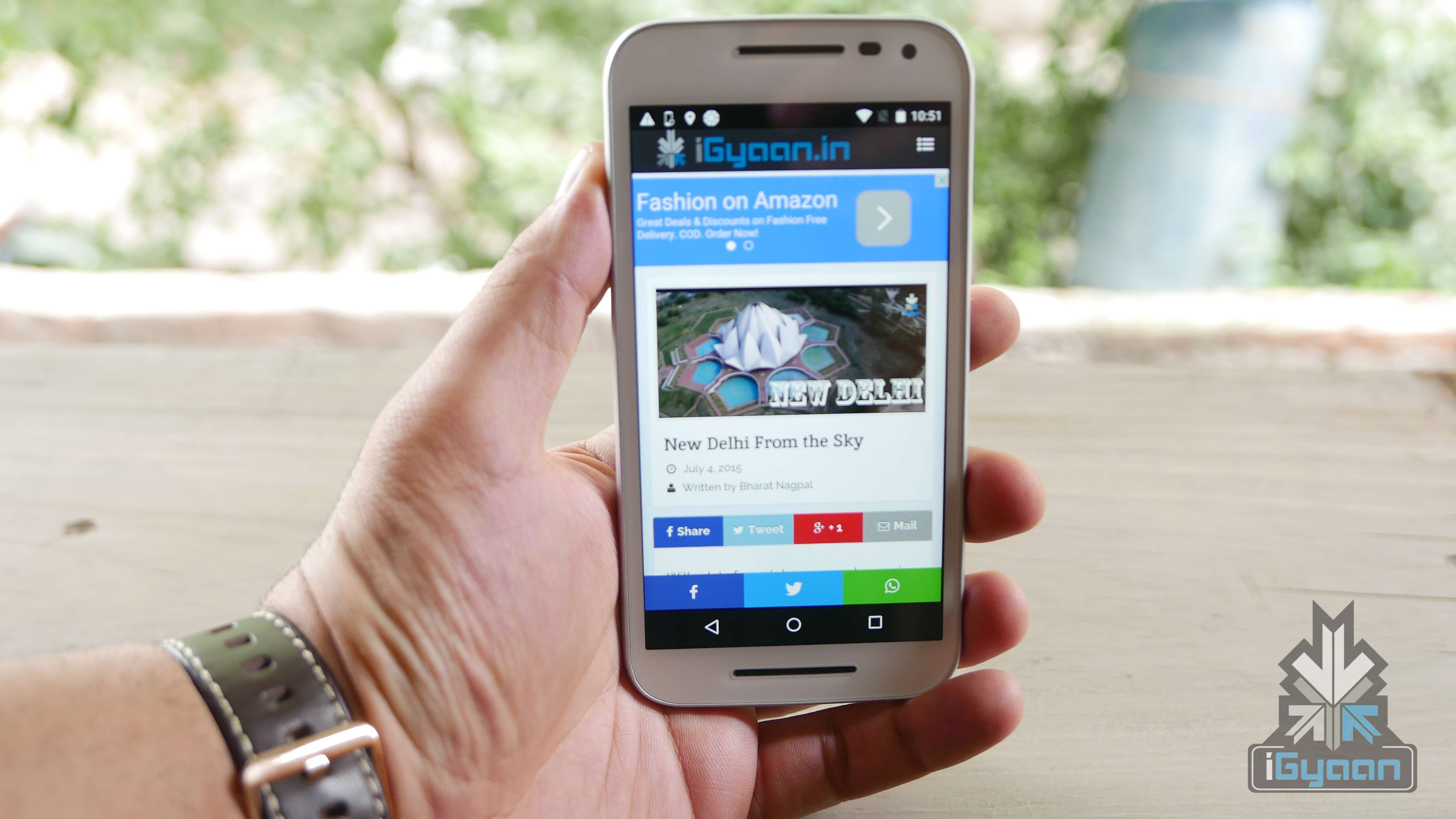 The new Moto G gets a 13MP rear camera and 5MP front camera. The rear camera comes with Dual LED CCT Flash. The flash can be activated and deactivated by chopping the phone twice. The feature has been added after the company noted that people were wasting time by trying to access the flashlight from the camera. 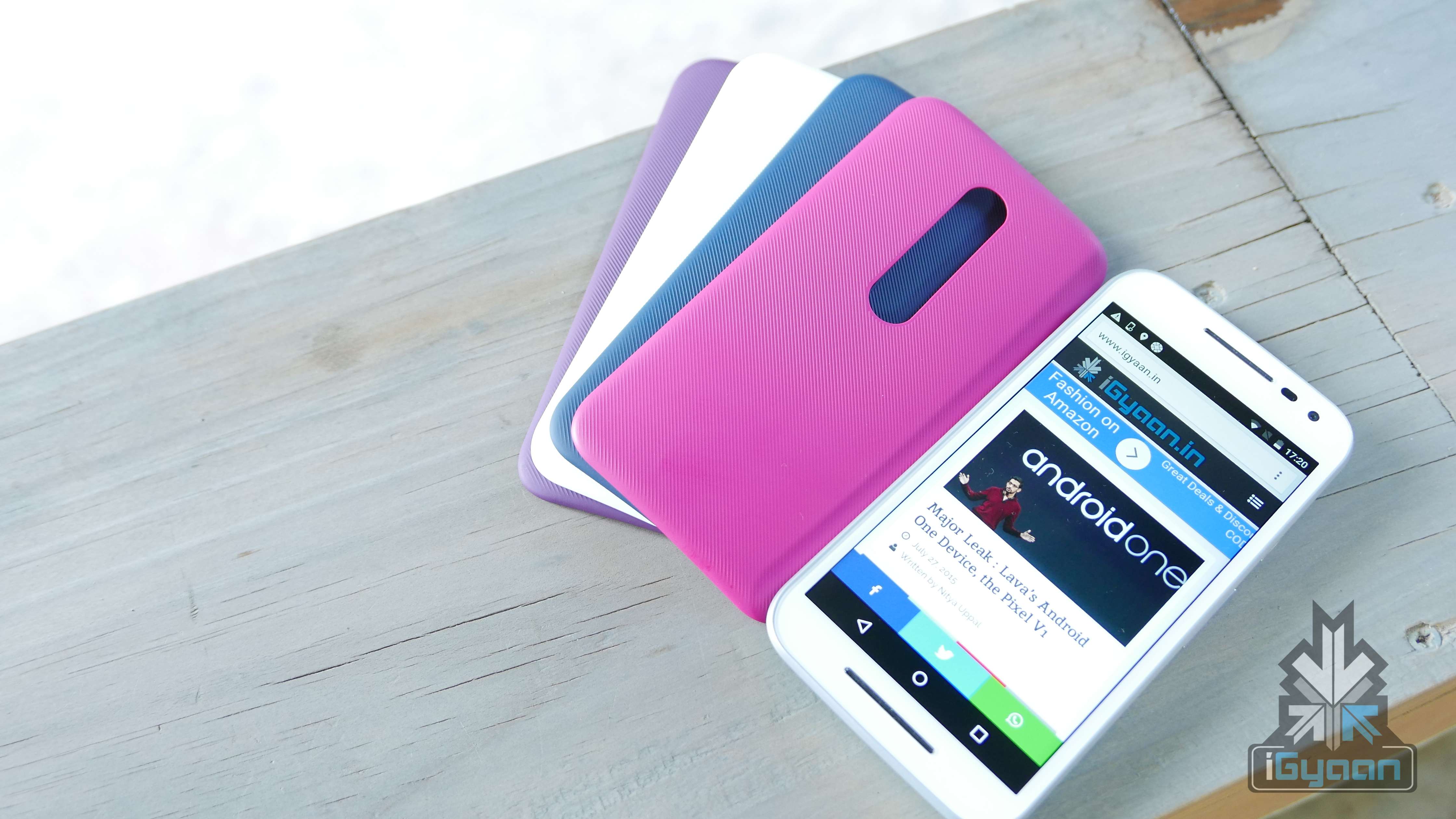 Moving over, the 2015 Moto G has been certified IPx7, which means that the phone can stay submerged under 1m of water for 30 minutes. The IPx7 certification helps in country like India, where people often get frustrated due to rains damaging the inside of their phones. The phone can be customised using shell colours available in 10 different colours and flip colours available in five different colours. These back panels have rubber seals which ensure that the phone’s IPx7 certification stays intact.

Watch the full unboxing and hands on video here:

Check out the specifications for the Moto G (Gen 3): 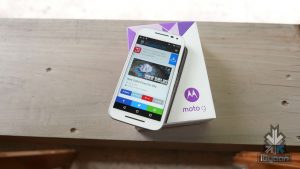 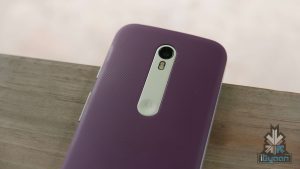