by Nikita NoronhaAugust 11, 2015
23
Now Reading
5 Facts About Google CEO Sundar Pichai that Ought to Inspire You
Browse This Page While every Indian is ecstatic at the thought of Sundar Pichai becoming the newly appointed CEO of Google, how much do we really know about the whizkid who made it to the top ranks of the $66-billion revenue, $16-billion profit, company?

Here are a few things we should know about the Indian who made it to the top, for the sake of making our morning a little inspiring. 1. He was born in Chennai and did his schooling in PSBB Jawahar Vidyalay. He belonged to a modest family where his dad managed a warehouse that made electric components. It is from there that Pichai developed an inclination towards technology and went on to pursue an undergraduate degree in metallurgical engineering from IIT Kharagpur. Source: www.bloomberg.com Pichai with his parents in 1997

2. Pichai also has an MS degree from Stanford University and an MBA from the prestigious Wharton School of Business (where he was awarded the Siebel scholar and the Palmer scholar). So he was always at the top of his class and continues to be so, even to this day. He’s only 43, after all. 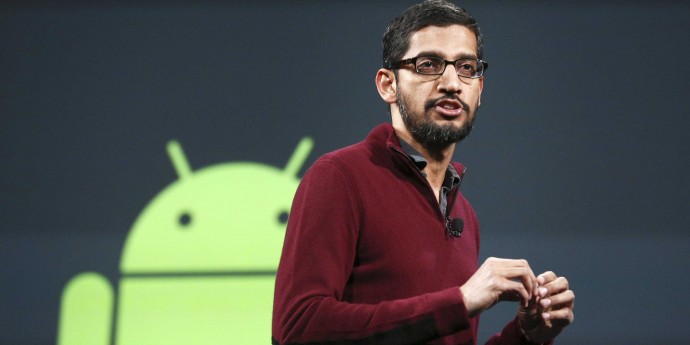 3. While work politics play a huge role in most offices, and ego clashes occur on a regular basis, the reason that Pichai stood out so much is due to his simplicity and his ability to create brilliant teams. Caesar Sengupta, a Vice President at Google who worked with Pichai for eight years said, “I would challenge you to find anyone at Google who doesn’t like Sundar or who thinks Sundar is a jerk.” How many of us can find one person like that at our respective workplaces? 4. Pichai made a breakthrough in Google after he was given the opportunity to handle Toolbar. Although he joined in 2004, he created a lot of revenue for the company as the toolbar was a huge success and made Google come up with its own Browser in 2008. 5. Lastly, Pichai almost left Google in 2011 to become the Product Head at Twitter. However, his work and reputation had reached such heights that Google offered him a whooping 50 million dollars to stay back in the company. Naturally, he declined Twitter’s offer and look where he is today! Pichai is a family man with a wife and two children and enjoys playing chess in his free time. He isn’t known to be a workaholic and is popular for his impeccable work ethics. While we as Indians, feel extremely proud of his accomplishment, let’s be inspired by his success. Don’t you think?