The Samsung Galaxy S6 edge+ is the company’s first big S series phone, as an add-on to the Galaxy S line of devices. Last year the company thought it better to launch an edgier Note in the form of a Note Edge. However, this year Samsung found it more favourable to make a bigger S6 edge.

The Galaxy S6 edge+ also marks a new chapter, one where the line between a smartphone and a phablet is basically blurring out. Samsung has slowly killed the category it created with the Note in 2010. Large screen phones are now mainstream and Samsung is basically reinforcing that with the S6 edge+. The elder and bigger sibling is identical to the Galaxy S6 Edge, so identical that you won’t be able to tell them apart unless you put them together. There is a massive screen size different however a minor change in actual dimensions. The S6 edge+ just like the S6 Edge is flanked on both sides with edge displays.

The Galaxy S6 edge+ does become slightly more difficult to handle, and hence Samsung has added one handed operation and screen size reduction, similar to Apple’s double tap to pull down screen on the iPhone 6 Plus. This feature was also seen on the recent Galaxy A8 from Samsung. The Galaxy S6 edge+ is actually slimmer at just 6.9mm vs the 7 mm of the Galaxy S6 and the feel in the hand is very premium. Samsung has really done a good job with the design of the S6 Edge and hence they, didn’t change anything, but make the phone bigger with the S6 edge+.

Everything from the display resolution to chipset and cameras are identical to the Galaxy S6 Edge, however thanks to the new large display of the S6 edge+ the pixel density drops to 515 ppi vs the mammoth 577 ppi on the S6 Edge. The Edge Plus variant also sports a larger 3,000 mAh battery to combat the drain from the larger QHD Super AMOLED display. An additional 1 GB of LPDD4 RAM, takes it upto 4 GB on the edge+ however the phone is missing the 128GB storage option as only the 32 and 64 GB variants will go on sale. 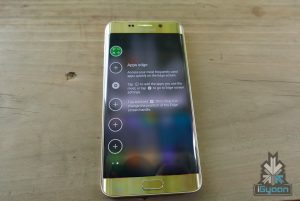 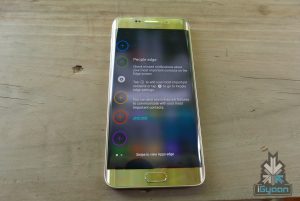 The software department on the edge+ too remains same as the S6 and the S6 Edge, with a cleaner and simplified UI and new apps window to the edge display Samsung is trying to leverage the screen real-estate. You will also still get a Flipboard news feed to the left of the home screen and gestures like flipping a ringing phone to mute the call. Double clicking the home button will quickly launch the camera.

You still get the fingerprint scanner and ability to remember internet passwords and Samsung Account details using your fingerprint as a security mechanism. Some would argue that the Galaxy S6 Edge was the right size handset and that it fit well in almost all departments. Whether you were an executive or college student, the S6 and the edge variant seemed to be the right size for your hands. With the Samsung Galaxy S6 edge+ the company is trying to reach to those who liked the iPhone 6 Plus and those who loved the Note category but found it to be a niche. With the S6 edge+ Samsung is trying to make the page size phone more mainstream, and by the looks of it, it seems to be headed in the right direction.

Stay tuned for our Full Review of the Galaxy S6 edge+ 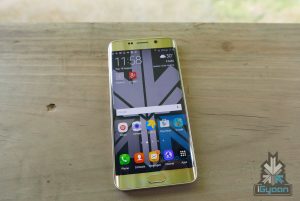 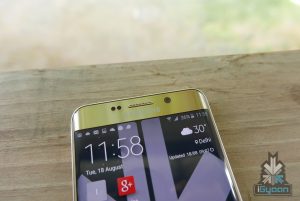 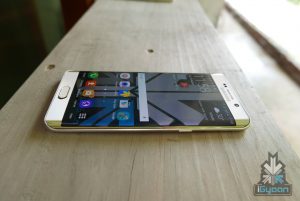 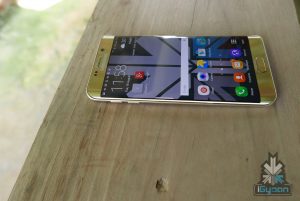 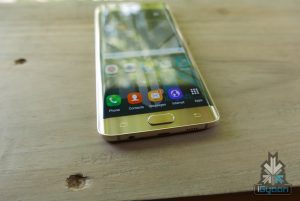 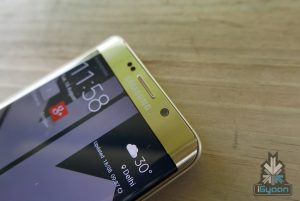 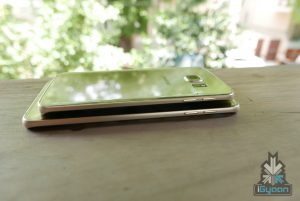