The First dual core smartphone in India, But does it have what it takes to stand up against the ever heating competition. Lets find out.

This is possibly the best phone from LG’s stable when it comes to build quality. The mix of materials is nice, so nice infact, that you wouldn’t make out that its an LG if we covered the branding. A very nice mix of soft touch back with steel and alloy bezel, a tapered gorilla glass that sumps down on the sides to give a fantastic feel of the device. Buttons are nice and tactile, only the top HDMI connector is kind of flimsy. But apart from that, top to bottom, front and back this device is constructed well.

The Optimus 2X has an interesting mix of specifications, A dual core 1Ghz Tegra 2 Processor. A 480×800 pixels LCD display, An 8 MP camera, 8GB internal space, the usual Wifi Bluetooth etc, 3G, HSDPA and a 1500 mah battery. These specs put it right in the top few of this year  when it comes to performance knock-ers. The device is designed to perform when it comes to still images, with one of the best possible cameras we have ever seen on a mobile device the 8MP camera took the liberty to deliver good quality images even when the situation didn’t demand it. The low light performance of the camera is phenomenal and we were able to achieve some good low light shots, indoors. 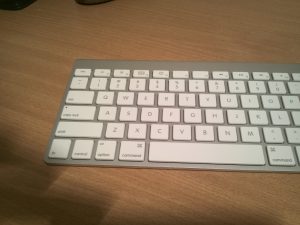 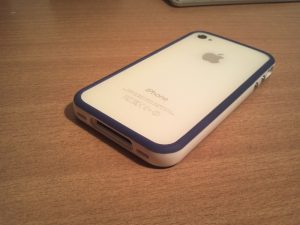 Video quality on the other hand is a baby on its own dimensions. The 1920 x 1080p video at 24fps is poor and choppy, 720p video is fairly better at 30fps but still turns out choppy and jittery. The camera also boasts video -digital zoom, which does not perform well either, see sample below.

Speaker on the Optimus 2X is not as loud as we would like it to be, sound is not loud enough we believe and sometimes can ruin the experience. The device otherwise is a multimedia powerhouse, like any other android device. It also has an inbuilt 8GB of storage from the get go and a 32GB expansion slot make it a paradise situation for data-media hungry users.

The display does its job in the multimedia section and the overall experience is almost disturbance free. Movies play like a charm and gaming is good if not excellent. There are no touch response or accelerometer issues so you wont find yourself complaining on those vital facts while interacting with the device or many of the thousands of apps. The phone aspect of the device is brilliant and there were  no issues in that, the network was strong and sound from both the earpiece and mic was excellent coming in and going out. This fact is also unlikely of an LG phone, where people often complain of network issues. The bars were strong, even while in transit, and we can safely say the device delivered more than we expected.

Messaging is simple for those with a knack of touch screens, the touch keyboard is reminiscent of design hues from the Apple iPhone keyboard, so is fairly fast and efficient, the touchscreen is responsive so you wont find yourself struggling. Whats more you can always install the various keyboards from the marketplace : Read Swype. 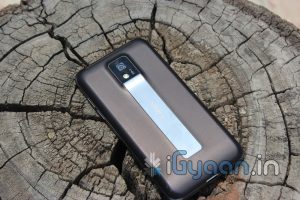 We don’t know what LG did, we really don’t. Despite packing the best possible specs for a price thats realistic and affordable by those looking to buy serious smart-phones. The LG Optimus 2x fails to deliver. The UI is slow and buggy, and the overall interface reminds us of those cheap chinese made phones that are forced to run android on them. The NVIDIA Tegra processor was not exploited by LG it seems and in a hurry to reach the market before others they got stuck in poorly processed Hardware. The software integration  to exploit the dual core systems is not seen properly in Android 2.2 froyo(os that ships with the device) you will see the device hang , crash, and bore you in many instances in the main UI, while working just fine within apps. LG really needs to roll out a software update fast if they expect to sell this handset in the market.

The LG Optimus 2x is there but not there, its awesome but a little boring. The device packs specs but does not integrate them. Hardware is not the key, Even a certain fruit company (read: Apple) has shown us time and again its not always about the hardware, its how usable you can make the product at the end of it. With the LG Optimus 2x you are just left hanging by a thread feeling incomplete. Despite holding a mammoth device you don’t feel confident.

iGyaan says : Give the Optimus 2X a nice wave goodbye, because you cant expect performance from a device that fails you from the get go. 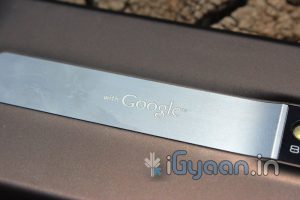 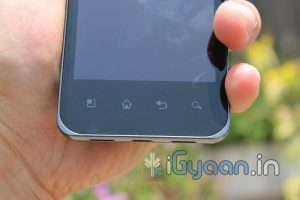 Bharat Nagpal
Founder and Chief Editor of iGyaan. Bharat likes to keep on top of technology ! Follow Him on Google Plus : Google+
You Might Also Like
iGyaanLatestMobile
Read More