Sony has finally unveiled its three new devices – the Z5, Z5 Compact and the Z5 premium, at the IFA Berlin event today. The most important feature of the Z5, is that it comes with a large 1/2.3 Exmor RS for mobile 23MP sensor and F2.0 G Lens primary camera. This camera is also designed with Sony’s interchangeable lens camera alpha technology, with a speed of 0.03 seconds, and a 5x clear image zoom.

The Z5’s body is made in a continuous plate form, a metal frame, a frosted glass back and is also waterproof. It comes with a 5.2 inch display, and comes in various colours such as – White, Graphite Black, Gold and Green. The handset comes with a fingerprint sensor power button and will also support the FIDO standard – authentication via fingerprint for online payment services.

The other device that has been unveiled alongside the Z5 is the Z5 Compact which also comes with the same camera technology but is a pocket-friendly device with a 4.6-inch display. This phone comes in variants of Yellow and Coral, in addition to White and Graphite Black. Both devices are powered by the Qualcomm Snapdragon 810 processor, featuring octa-core CPUs, 64 bit capabilities and ultra-fast 4G LTE speeds. They also come with a 2 day battery stamina and is also packed with the Qualcomm Quick charge 2.0, which gives you a 5.5 hours usage with just 10 minutes of charging.

However, the Z5 is said to come in both single and dual SIMed variants, and will launch globally in October 2015. 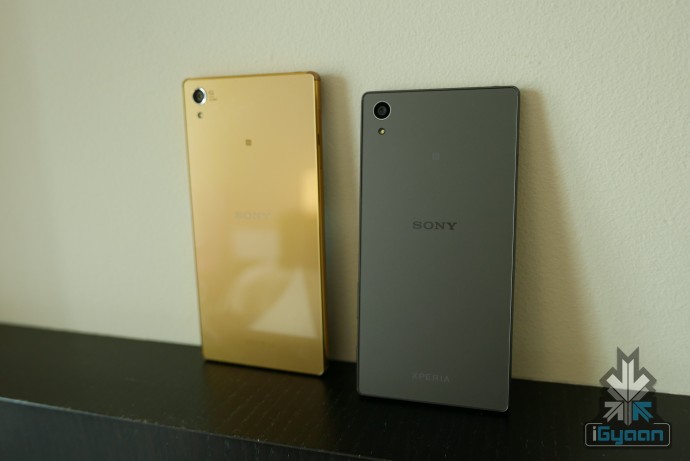 The Z5 Premium, on the other hand, is touted as being the world’s first 4K smartphone to have been created. It also comes with a 5.5 inch TRILUMINOS display for mobile and IPS which is four times the resolution of Full HD. The Xperia Z5 Premium will launch from November 2015 onwards and will be also be available in both Single SIM and Dual SIM variants.

Check out the full specifications of the devices here:

Rachel Issac
Rachel Issac, very much like Jon Snow, knows nothing. She likes to sleep, read, write and watch TV. Asymmetrical things bother her and she currently uses her spare time to write for iGyaan.in.
You Might Also Like
LatestMobileSony
Read More