This Badass Drone Can Carry a Man

by Sanket VijaySeptember 24, 2015
6
Now Reading
This Badass Drone Can Carry a Man
Browse This Page Essentially, a drone is an aircraft without a pilot which is also known as unmanned aerial vehicles (UAVs.) A drone can be remotely controlled or can fly autonomously by onboard computers. Drones were seen to have a wide range of purpose. From delivering goods and products to your doorstep to aiding during a natural disaster.

Drones were used in search missions in inaccessible locations and were equipped with thermal cameras to locate people trapped under rubble or snow. However, the Nepal government later banned the use of drones as they were concerned over illegally leaking images of national heritage sites. 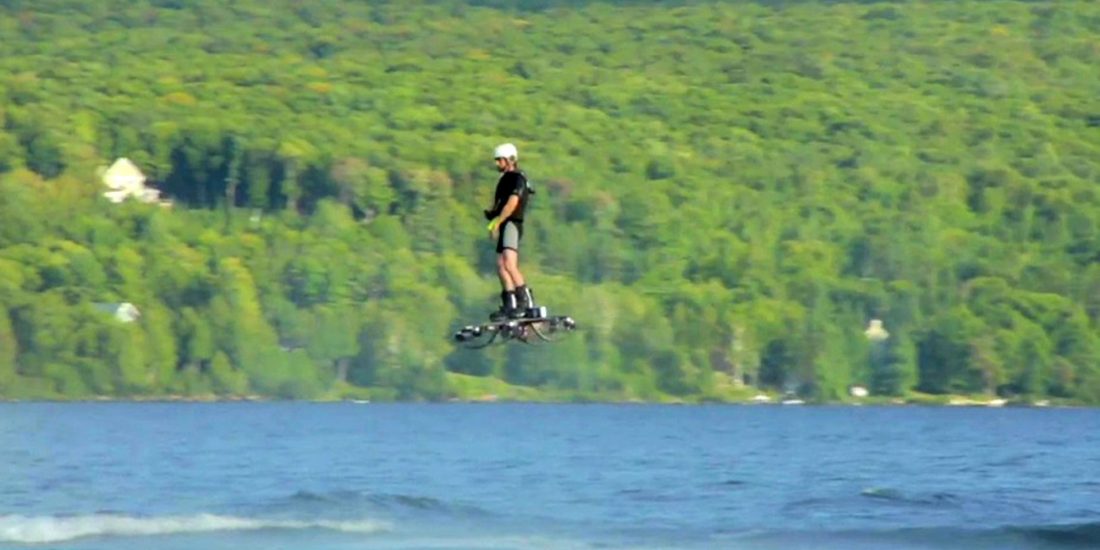 Last year in October, the Directorate General of Civil Aviation (DGCA) prohibited the use of unmanned drones citing safety reasons. Drones had made headlines when a pizza outlet used the device for one of its deliveries. Soon after that many commercial organizations started showing interest in using drones.

The DGCA, however, stated in a circular that “the UAS (unmanned aerial system) has potential for a large number of civil applications. However, its use, besides being a safety issue, also poses a security threat. The airspace over cities in India has high density of manned aircraft traffic. Due to lack of regulation, operating procedures/ standards and uncertainty of the technology, UAS poses threat for air collisions and accidents,”

But the DGCA never mentioned anything about manned drones. In a recent video posted on YouTube, a man is found standing on top of a drone, which seems to be the first ever manned drone to take flight, and it is indeed a spectacle.

The video shows a man hovering well above water and controlling the drone with ease. Though this drone seems to be only a one-off at the moment, chances are this could be approved for the masses. The quad copter shows it is powerful enough to carry a man.

Unless the DGCA announces new rules and regulations for drone flying (which it had planned to do since October last year), even if a manned drone such as the one in the above video were to be mass produced, it would not be seen hovering over India any time soon.

Sanket Vijay
When not indulging in reading or writing, Sanket fanboys over The Flash, Star Wars, Coldplay, and U2. And pizza, he loves his pizza. Follow him on Instagram for more.
You Might Also Like
GadgetLatest
Read More