by Rachel IssacSeptember 23, 2015
4
Now Reading
Benchmark Tests Reveal iPhone 6s is as Powerful as the Retina Macbook 2015
Browse This Page

Watching an event and seeing the new iPhone 6s is really not the same as actually having it in your hand and unboxing it yourself. Unboxing a new phone is as surreal as ripping open your birthday gift, except you really don’t want to rip open the iPhone 6s box. So, here’s what you should do – an iPhone user named Adrienne Alpern from California, just received her all-new rose gold iPhone 6s and at the request of her friends unboxed it with care, took some cool pictures and even put the device through a Geekbench 3 benchmark test.

Now reports have suggested some mighty good things about the new device. The scores from Geekbench benchmark suggest that the iPhone 6s is as powerful as the 12 inch Retina Macbook released on April 2015. The iPhone 6s has scored 2,292 in the single core test while scoring a 4,293 in the multi core test. These numbers are very close to the Retina Macbook scores. Have a look yourself : 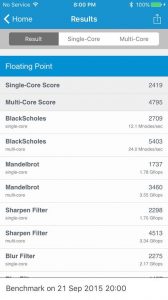 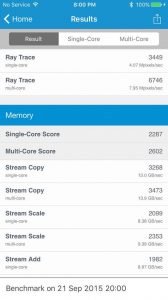 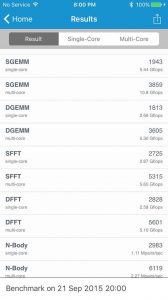 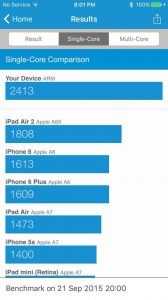 What makes the iPhone 6s better? Well, Adrienne Alpern has also posted a couple of 4k videos showing off the 12MP rear camera and the 8MP front camera.

Here is a video:

And even the rose gold seems to be working very well for the new device. This is all we have for you to gorge on until our own unboxing of the iPhone 6s. So stay tuned.