Superman Due for a Costume Change

by Anand KapreJune 18, 2011
0
Now Reading
Superman Due for a Costume Change
Browse This Page 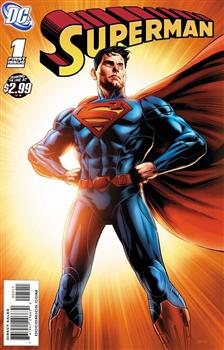 Superman. Theres much and more to be said about the man of steel. He’s the Hero of Heroes. The titan of Metropolis.  He has been the inspiration for many other heroes. The last line of defence in Earth’s never ending battle against the cosmos. The man who has boldly shown of his red briefs since 1938. And after 73 years, he is finally due for a costume change.

In the next series posted by DC on their website, Superman’s costume is being changed by artists Rags Morales and Rick Bryant. There is great controversy on and offline, even in the iGyaan office, on whether they can do this and if its a good idea. Superman’s current costume can only be described as iconic and classic. There is no other hero that is as identifiable with his red and blue.

We personally feel that IF they are going to change his costume, they should really change it and not just remove his briefs and add a few seam lines. Let us know how you feel in the poll below.

likethis
What's your reaction?
Awesome
0%
Epic
0%
Like
0%
I Want This
0%
Meh
0%
Posted In
Latest
Tags
new
new
About The Author