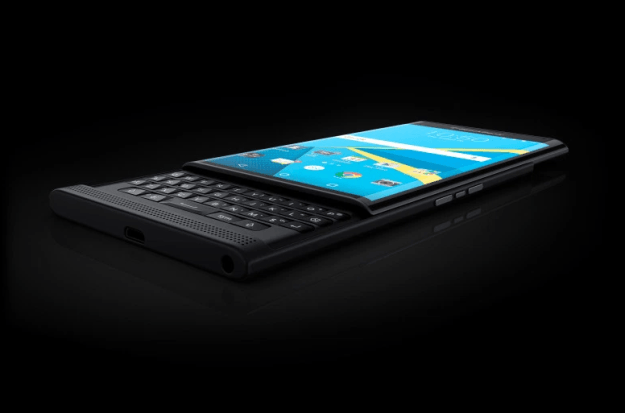 BlackBerry Priv’s leaks are coming faster than the company perhaps expects. New images have surfaced courtesy N4BB that show close-up shots of the display and the camera, revealing and confirming some specs of the Priv that we have already mentioned earlier. The first image shows that the Android-powered phone will be powered by an SoC (either Snapdragon 808 or 810) with 64-bit processor. The next image confirms the primary camera sensor. The Priv will feature an 18-megapixel Schneider Kreuznach  primary camera and is capable of shooting Ultra HD video in 4K @30 fps. It will also feature a 5-megapixel front-facing camera.

We also know that BlackBerry is going big on security and privacy, which is why the device is called Priv (privacy and productivity). Another image shows a new app that is called BlackBerry Safeguard that shows the security status of your device based on its settings and the apps installed. As the image below shows, the app will also allow you to see how other apps are using your information, set a pattern lock, scan your device for malicious software, and more. Other features previously mentioned include a 5.4-inch curved display with a Quad HD resolution of 1440 x 2560 pixels, and 3 GB of RAM. The phone is expected to come with Google’s Android OS, but it is not clear yet as to which version of Android it will feature. The design of the Priv brings back some elements of the BlackBerry Z30 that users grew to love such as the glass-weave back plate. The hint of carbon fiber styled back also sets this device apart from other Android phones.

The Priv might have a November launch, though BlackBerry is expected to make an official announcement on it later this month.