Evolution of the Camera: From Dark Boxes to Selfie Sticks

by Rosheena ZehraOctober 18, 2015
3
Now Reading
Evolution of the Camera: From Dark Boxes to Selfie Sticks
Browse This Page It all started with a desire to capture a moment, to freeze it in time and space -to get back to when the heart thus desired once again. And that is how, ladies and gentlemen, the thought of the first photograph, even though that’s not what it was called yet, came to be. The thought led to efforts which led to results and one fine day, humans had discovered a way to record memories, which they eventually chose to call photography.

However, cameras came into existence much before photography. It all started with the camera obscura -a Latin term which translates into ‘dark room’.

It was the very first device that led to photography and the innovation of the camera. Optical in nature, it would allow light to pass in a dark box or room through a hole on one side and then use it to capture photographs, as they existed back then. This device dates back to 470 to 390 BC, its earliest extant written record found in the writing of Mozi, the Chinese philosopher. The first ever successful photograph of a camera image was developed by  Nicéphore Niépce in 1816 using a camera he had made himself. However, the photograph was not permanent and eventually ended up getting darkened due to repeated exposure to light necessary for viewing it.

Next came Louis Daguerre, a French artist who found a way to store the finished image on a shiny mirror finished copper plate treated with chemicals. Daguerre shared his technique with the public in exchange for a life long pension. It was later used in the film cameras of the past as well. By 1850s, there were over seventy daguerreotype studios in just New York, and the face of photography had changed forever. A daguerreotype of Edgar Allan Poe in the nineteenth century.

There were several significant developments in the realm of photography starting with negative to positive processing by a contemporary of Daguerre. This was followed by tintypes -a thin sheet of iron used for light sensitive materials, and therefore helped in obtaining positives, wet plate negatives, dry plate negatives and finally, hand held cameras. Cameras now became less bulky and a little more convenient to carry around. By the second half of the nineteenth century, a flexible roll film had also been invented by George Eastman which finally allowed for a mass-produced box camera.

The second quarter of the twentieth century brought with it coloured photographs within the reach of users when coloured films became commercially available. Twentieth century also marked the confluence of different art forms in a more significant way than before. Overlaps between photography and painting were no longer unheard of. One form drew from another. Photography meets painting: The photographer threw around objects for hours to get the perfect Surrealist shot with Salvador Dali.

The first coloured photographs were so unstable because of organic dyes which were used to colour them, that the image would literally disappear after a while, leaving a blank film behind. Not so cool after-all.  Kodachrome was the first colour film to produce photographs that could last for over fifty years. You know times have changed when instead of performing vanishing acts, images can be stored for eternity. The first breakthrough in this field was made by Canon in 1984 with its first digital camera for still photography, and there was no looking back post that. At the same time, on the turn of the new century, possibilities of mobile phone cameras began to be explored. Photography became a separate, fully-formed realm of art in itself. Debates between its position in the hierarchy of art, especially when pitted against painting continued, but there came a zeal and fervour to be intrinsically associated with photography. 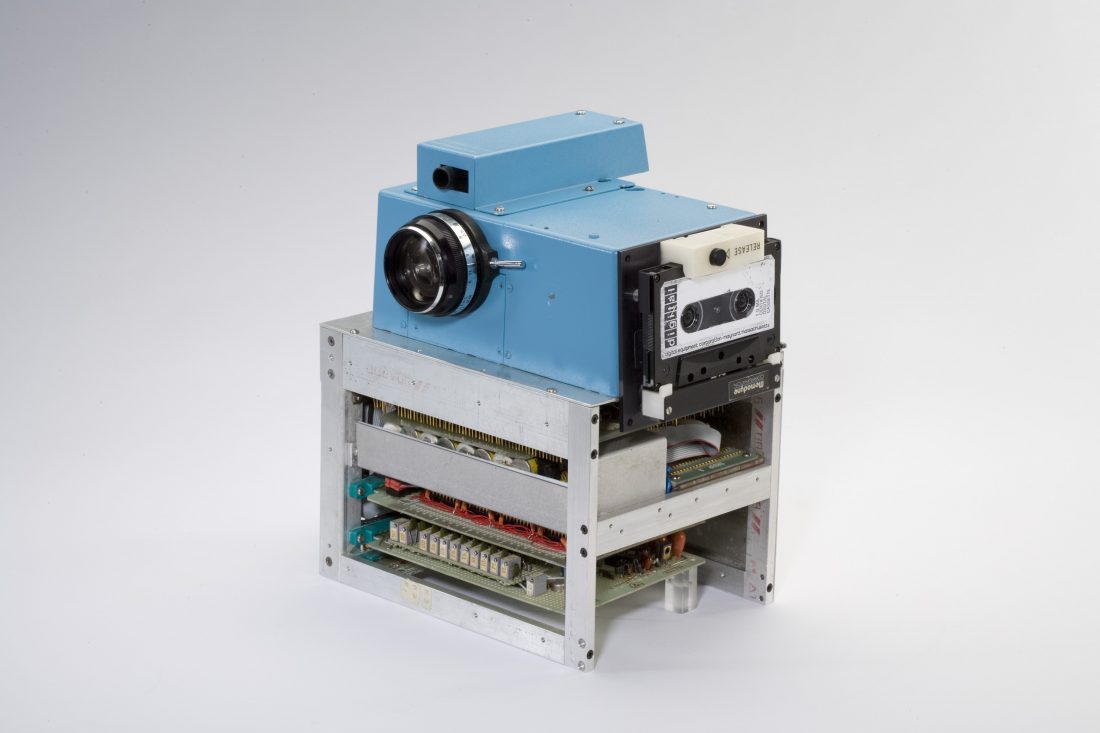 When photography was first introduced to people by and large, it took several seconds to a minute to click a single photograph. That explains why people would never smile for portraits. One wonders what their views on the contemporary selfie parades would be. The first important development in cellphone-photography is owed to Apple and its very first iPhone with its pedestrian 2 megapixel camera in 2007. Other tech giants too became part of the race, perfecting their own technology in terms of cell-phone photography until another breakthrough was made in the form of front, or more aptly termed, ‘selfie’ cameras. Next came selfie sticks, with social media not doing much to help the obsession, and voila! Now photography blogs and Facebook pages have declared everyone a photographer. The whole idea behind technological developments is to make things simpler, easier, more consolidated. But on the contrary, there seems to be an endless deluge of photography paraphernalia in contemporary times. When a bunch of kids were handed over a camera from the previous century, this was their reaction. You might want to sit down for this.

Cameras have covered an incredibly long journey to be where there are today. It is an art form that continues to evolve and surpass itself. Let’s see where it lands itself next.