Archos claims that browsing speed is much faster than nVidia Tegra 2 based Tablets.

[quote]with the 1.5 GHz OMAP 4 processor the ARCHOS G9 tablet enhance a user’s web browsing experience with page load time reduced by up to 50% over tablets running the Nvidia Tegra 2TM processor at 1 GHz.[/quote]

[quote]The ARCHOS 80 G9 is the portable tablet with perfect size for web browsing, ebook and newspaper reading with its 8″ 4:3 screen and a resolution of 1024 x 768.[/quote]

Prices are set Cheap at 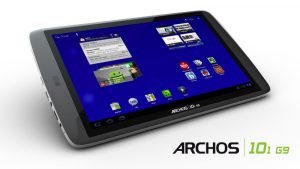 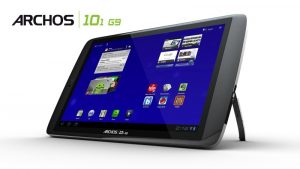 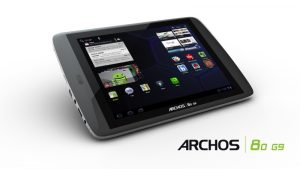 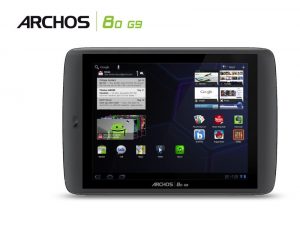 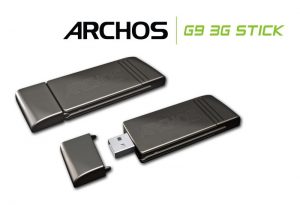 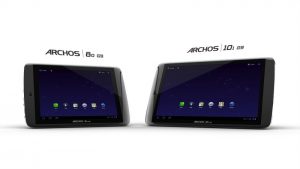 DENVER, CO – June 23, 2011 – Today, ARCHOS, an award winning technology innovator and pioneer in the tablet market, introduces an unrivaled combination of speed and storage with its latest tablets featuring an OMAP 4 processor with an ARM® Cortex™ dual-core A9 running at 1.5 GHz and Seagate’s 250GB Hard Disk Drive (HDD) capacity.

Additionally, the G9 tablets feature a unique 3G ready solution where customers no longer need to choose between WiFi and 3G models at purchase. ARCHOS 3G Stick is a standard 3G stick for laptops which has been designed to be compatible with all ARCHOS G9 tablets. All G9 tablets come with a concealed USB port on the back of the device that when paired with the ARCHOS 3G USB Stick will enable 3G connectivity.

Fastest Tablet Experience Ever
ARCHOS have decided to push their G9 tablets even further by loading them out with a 1.5 GHz dual-core OMAP 4 processor from Texas Instruments™. With 50% more raw computational power, ARCHOS G9 tablets have the power needed for a great Android experience.

For example, with the 1.5 GHz OMAP 4 processor the ARCHOS G9 tablet enhance a user’s web browsing experience with page load time reduced by up to 50% over tablets running the Nvidia Tegra 2TM processor at 1 GHz.

ARCHOS have replaced the standard multimedia apps with ARCHOS boosted apps for video and music to give to users more format compatibility and a unique user interface.

WiFi or 3G, no need to choose, it’s up to you whenever you want
This patented solution lets the consumer add a standard PC 3G stick to his tablet whenever and wherever. The ARCHOS G9 3G Stick has been specially designed to fit perfectly into the back of any G9 tablet. Just remove the cover and slide in the ARCHOS G9 3G Stick to unleash the full portability of your ARCHOS G9 tablet.

With this innovative USB 3G stick, consumers will no longer have to choose between a WiFi and a 3G tablet at purchase. For just a $49 upgrade, the users can purchase the ARCHOS G9 3G Stick and start enjoying 3G connectivity on his ARCHOS tablet or PCs compared to other tablets where 3G modules add over $100 to the cost and there’s no option to add it later.

This cutting edge 3G stick offers one 3G solution for both a tablet and a laptop and uses just one data plan1. Offered as a Pay-As-You-Go Plan, there is no subscription required and the consumer need only pay for what they need when they need it.

ARCHOS is offering cutting-edge performance such as a more powerful and faster processor, unique 3G solution, enhanced multimedia experience and more storage capacity with the built-in 250GB HDD from Seagate.

ARCHOS are the first in the industry to offer a tablet with a hard drive, bringing 8 times more storage at the same cost of a standard 32GB tablet.

ARCHOS are also the first to offer such high performance at such affordable price, making ARCHOS G9 tablets the best cost-performance value.

Two tablets to fit your lifestyle: ARCHOS 80 G9 and ARCHOS 101 G9
The ARCHOS 80 G9 is the portable tablet with perfect size for web browsing, ebook and newspaper reading with its 8″ 4:3 screen and a resolution of 1024 x 768.