After having announced an iOS App, Mozilla Firefox now announces the launch of a Firefox OS 2.5 developer preview for all Android devices. There are a couple of highlighted features that arrive with the app such as add-ons, private browsing with tracking protection and ‘pin the web’. 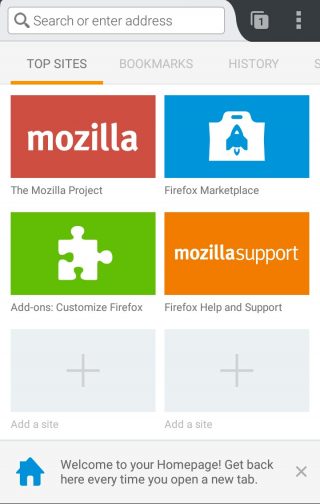 The add-ons are a feature that will allow users to use an extension of one or more apps along with the system app itself; the private browsing feature is exclusive to Mozilla’s Firefox version which allows you to browse through the web with a tracking protection; last but not the least is the ‘pin the web’ feature that removes artificial distinction between web pages and websites so that you can pin any website to your home screen. Obviously, the app is still being tested out, and you can click here to check out the ‘developer’s preview’. Oh, just one more thing, the app runs without needing to flash the operating system over your current Android OS.