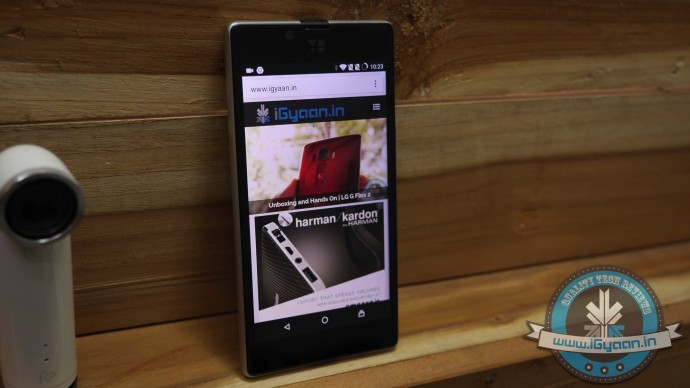 If reports are to be believed Micromax’s Yu team will be coming up with an enhanced version of its Yu Yuphoria. Yu Yuphoria is a mid-range smartphone at Rs.6,999; however, GFXBench has spotted a new Yuphoria with the model number YU6000. So, obviously we have the specifications of this upcoming smartphone for you. 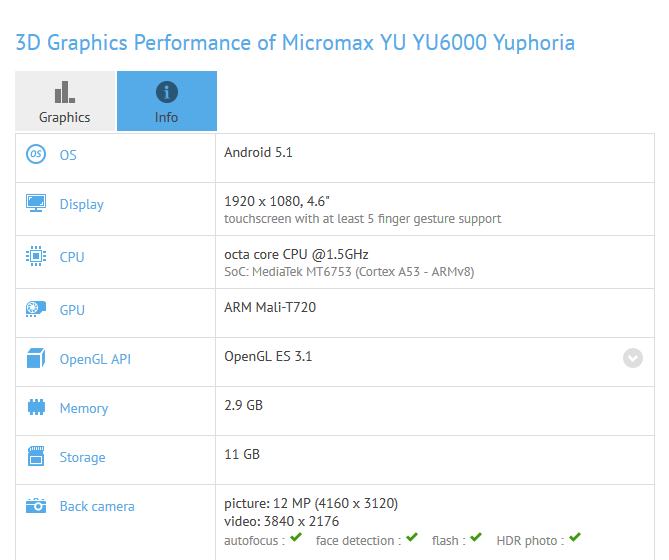 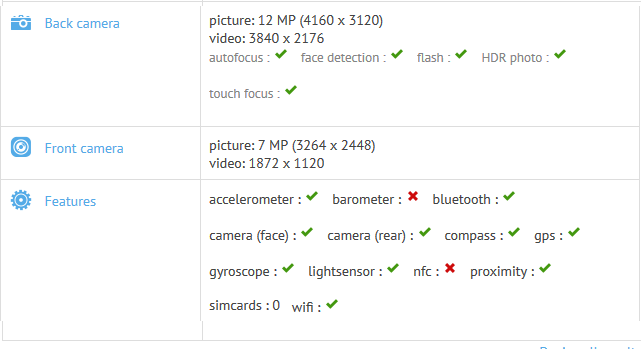 The reason why this smartphone is being called an enhanced or better-equipped version of the Yuphoria is because it will come with a 4.6-inch 1080p touchscreen, a 12MP rear camera, an 8MP secondary camera, 3GB of RAM, and 16GB of built-in storage. The new Yuphoria will have the MediaTek MT6753 chipset with a 1.5 GHz octa-core Cortex-A53 CPU and Mali-T720 GPU.

There have been no further announcements about the date of release, but let us hope it is revealed alongside the Yu Yutopia.