Find Out the Darker Side Of Cartoons You Watched Growing Up

by Rachel IssacNovember 26, 2015
4
Now Reading
Find Out the Darker Side Of Cartoons You Watched Growing Up
Browse This Page 90s kids, this one is for you. Our childhood was different and will always be better than the childhood of kids these days, two of the main reasons being – Cartoon Network and Nickelodeon. These channels were a treat for us all – from Swat Cats, to SpongeBob SquarePants, to Scooby Doo, to Dexter’s Laboratory, to Courage the Cowardly Dog to Teenage Mutant Ninja Turtles to a million more. Do you know what was even cooler? We had conspiracy theories attached to our favourite cartoons. Chota Bheem, you’ve got nothing on us.

Remember Ed Edd and Eddy? Funny cartoon with three idiots? Apparently everything wasn’t so sunny in the Peach Creek Estates. The theory states that everyone in the neighborhood actually died in a different time period and was sent to roam the cul-de-sac of Peach Creek Estates (the land they once lived in their former life). Just to think that every character has a dark past might shatter your childhood. But let’s delve into it anyway.

The first person to ever live or die in the land that would be later known as the cul-de-sac, was a boy named Rolf. Rolf was a son of a Shepherd who died in 1903; he was trampled to death by his bull who had broken out of its cage. According to the theory, he took along his farm animals even after his death and continued to take care of them on a daily basis. Now, right after Rolf’s death, a boy named Johnny and his family moved into the same farm Rolf and his family lived in. Way to go, Johnny and his family -everyone wants to live in a place where people have recently died, right? Anyway, Johnny had created this plank to compensate for the lack of friends and abundance of free time he had. Plank would go on to stay with him, even after he died of tuberculosis in the year 1922. Moving on to one of the main characters – Eddy. Eddy was originally from New York, however he moved to ‘the neighborhood’ in 1932. During this time, the Great Depression was going on, and Edd became a schemer in order to get away from his real life. He died in 1939, by drowning in a river, while trying to run away from a group of children he had tricked. Ed and his sister Sarah were born in the late 40s; this was during the time when cul-de-sac (the neighborhood) was starting to take shape in the post war era. However, they had a difficult childhood while growing up during World War II. Sarah and Ed had different ways of coping with the fact that their mother was never home – Sarah became controlling in order to assert her position, and Ed became an introvert who delved into his parallel world filled with comics and movies. They both died in a car accident, while they were driving to their grandparents’ house. 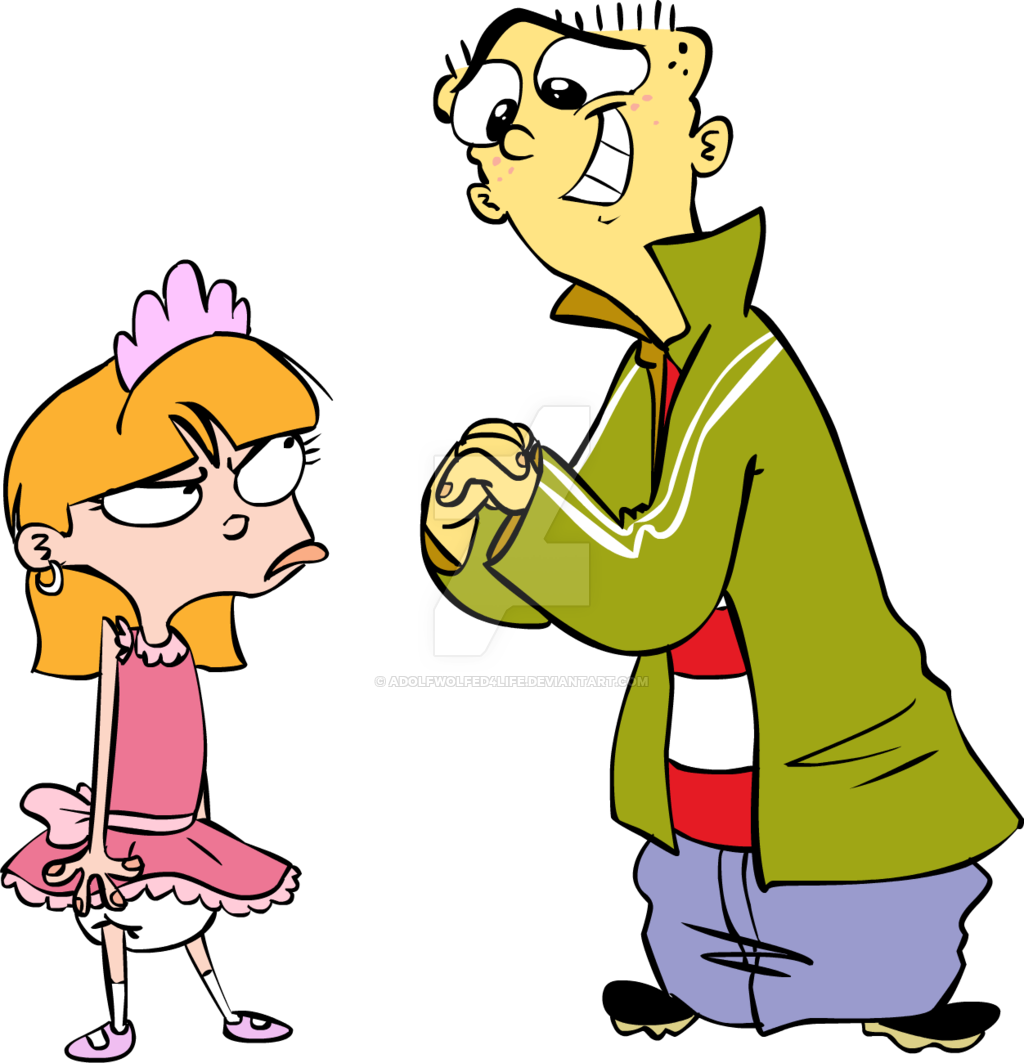 Edd, the third main character of the cartoon, is said to have been brought up by two extremely controlling parents. This influenced his life deeply, and he went on to follow their footsteps intellectually but remained shy and timid. He died in 1986, when a gas leak occurred while Edd was experimenting and caused an explosion which blew him and his house altogether. We could go on about all the characters but that would be quite nonsensical for you to read. Therefore, here is a short YouTube video explaining the entire mystery to you. Hint: Nazz has a very dark past and the Kanker sisters are supposed to be the devil’s daughters –

This lovely cartoon that shows us the perspective of babies definitely kept us hooked for a while. But, obviously there is a morbid conspiracy theory behind it and it mainly revolves around Angelica – the oldest kid who enjoys terrorizing her cousin Tommy and his friends. The popular theory that is based on the cartoon, tells us that everything in Rugrats is actually based on Angelica’s imagination who was suffering from schizophrenia.

According to this theory, Tommy is a stillborn and his father, Stu never really gets over that. Coincidentally, Stu is constantly making toys in the show; which could be explained as a coping mechanism to deal with the loss of his son. As if that wasn’t enough, Phil and Lil (the baby twins) were created because the Devilles (their parents on the show) had an abortion, and since Angelica did not know the gender of the baby, her imagination conjured both a girl and a boy. Additionally, Chuckie and his mother are actually dead. Funnily enough, Chuckie’s father, Chaz is always portrayed as neurotic on the show.

After all of this, you’re probably wondering whether any of it was even real, well apparently there was one real element – Suzie. Suzie is Angelica’s friend who played along with her friend’s made up baby friends, because she did not want to hurt her. This explains why Suzie is the only person, apart from Angelica, who is able to talk to the babies.

Once again to explain things better to you we have a video, that you should watch. P.S. The theory extends even to the Rugrats side series – All Grown Up.

Yes, we did live in a different time, where cartoons made us curious about words that we might not have understood then.

Rachel Issac
Rachel Issac, very much like Jon Snow, knows nothing. She likes to sleep, read, write and watch TV. Asymmetrical things bother her and she currently uses her spare time to write for iGyaan.in.
You Might Also Like
EditorialEntertainmentLatest
Read More