Yahoo announced today that it’s launching an entirely new Messenger platform on mobile, web and within Yahoo mail that is faster, smarter and better than ever before. You may remember that Yahoo Messenger did exist many years ago, much before WhatsApp or Facebook Messenger took over the world. Yahoo is back and wants to level the playing field a little – and it has the app to do so.

Yahoo Messenger introduces a whole bunch of new and unique features. Like on WhatsApp, you can name each conversation group like maybe one for “drinking buddies” and another for “office peeps”. Anyone in the group can add another chat buddy. But messaging isn’t the only thing the app boasts off. One of the highlights of Yahoo Messenger is photo sharing that unlike any other messaging service today. Since Yahoo owns Flickr, it was able to harness the latter’s powerful photo management platform.

“In most messaging apps, you have to decide between quality or speed,” explained Austin Shoemaker, senior director of product management for Yahoo Messenger to Engadget. iMessage, for example, allows you to send high-res photos, but it takes awhile to do so. WhatsApp, on the other hand, downgrades images in order to send them quicker. “But we thought: Why not have both?” “The new Yahoo Messenger achieves both speed and quality by streaming photos into the conversation,” explains Shoemaker. “A small preview of the photo is uploaded and appears in the conversation. The original photo is then uploaded in the background.”

Moreover, if you send multiple photos at once, they’ll be displayed horizontally underneath the message rather than vertically as is the case with mostly all messaging services out there. On the new Yahoo Messenger, you can simply swipe through the photos from left to right. This way, Shoemaker says, you can view the photos while remaining in the context of the conversation. 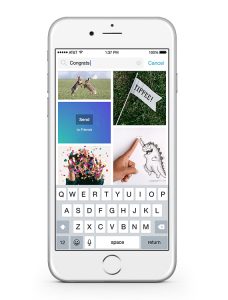 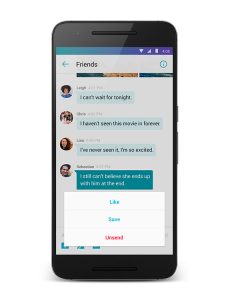 But that’s not all Yahoo Messenger does. You can also send GIFs, similar to Facebook’s Messenger service. Yahoo Messenger also pulls an Instagram where you can double tap to ‘like’ or ‘heart’ a message. Finally, and this might just win heart here, you can also ‘unsound’ a message. if you sent a photo that you regret, you can easily delete it from the thread later on and it’ll be wiped from the conversation history. And this rule stands not just for photos but for messages and GIFs as well.

The Yahoo Messenger app is available on Android and iOS starting today. Though it will take some time for the app to be made available everywhere.