Camera Test: Galaxy S6 Edge+ vs Moto X Style vs HTC One A9 vs Qiku Q Terra vs Yu Yutopia 2015 has seen some top-of-the-line smartphones that have excelled in the camera department. We look at the Samsung Galaxy S6 Edge+, Moto X Style, HTC One A9, and Qiku Q Terra and how they perform with the snapper. The images taken are all in auto mode for better comparison.

The one thing you can blindly trust about Samsung is their camera. The past few years, Samsung’s flagship devices have come with spectacular cameras that have become a kind of benchmark for other flagship devices. The primary camera of S6 Edge+ rocks 16 MP, 2988 x 5312 pixels, optical image stabilization, autofocus and LED flash, while the front camera has a 5 MP along with dual video call and Auto HDR. 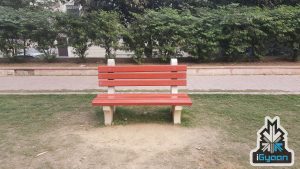 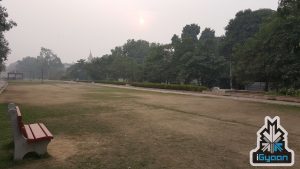 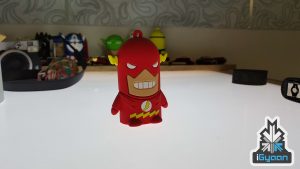 Having one of the best sensors in the market is bound to get you some amazing captures. Pictures taken by the device appear incredibly crisp and clear, and the colours are close to what your eyes see. There is no added saturation here and the bench looks the right kind of orange. The wide angle shot also captures the sun, where other devices in this list have failed to do so.

HTC’s new One A9 features a 13-megapixel primary BSI sensor behind an f/2.0 lens with OIS and a 4-Ultrapixel front camera. HTC launched the One A9 proudly ripping off the aesthetics of the recent iPhones. While the hardware may be still a way off, the HTC One A9 does well in the camera department.

The outdoor photos came out with a good amount of detail, accurate colors and spot-on white balance. The new One A9 delivers loads of sharpness and clarity. The device comes with a great deal of modes to improve the way things can be shot for the more professionally inclined. For example, there is a RAW mode that takes a little while to process the image, but it does this to give you the best shot possible. 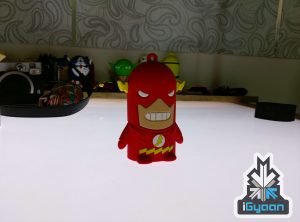 Thanks to the AMOLED display, the images look bright and crisp. However, the shutter speed isn’t the fastest in this list, but that can be ignored for a phone that isn’t quite a flagship device. The colour of the bench and the flower look saturated, but it also gives the picture a certain attractive gloss. Indoor images look good too but it’s still a bit darker when compared to the others.

The Yu Yutopia is one of those devices that have been launched under the moniker of ‘flagship killers’. Sitting comfortably between the Rs. 20,000 to Rs. 30,000 range, the Yutopia made tall claims which it failed to deliver. The camera, however, doesn’t fail at all. The Yutopia sports a 21 MP Sony Exmor RS IMX230 camera, which is considered one of the most powerful modules in the market today. The rear camera is also capable of capturing 4K video. The camera is fast and responsive and captures a lot of detail. The Yutopia’s shutter speed is indeed fast, as the company claims, at least on auto mode.

The Moto X Style sports a 21 MP primary camera with f/2.0 aperture on the rear, and a 5MP wide-angle lens on the front (both with flash). The rear camera does not come with OIS, but the camera is an improvement over the others in the Moto X lineup.

In normal to low lighting, the rear camera does quite well. The images are sharp and detailed with just the right amount of vibrancy and saturation. Like the HTC One A9, the Moto X Style also adds a bit of saturation and warmth to the colours, but without making the photos look unnatural. The images are also sharp when zooming into a picture. Furthermore, the X Style is the only other device after the Galaxy S6 Edge+ that was able to capture the sun in the wide angle shot. One down side to the Moto X Style would be the lack of a full suit of manual controls, which other devices in the list offer. That being said, the camera interface is very simple to use. You can tap anywhere on the screen to take a picture, and swipe right for your basic adjustment setting or swipe left to view your previous snaps.

For a debut phone, the Q Terra is massive in all aspects . The 6-inch device not only has a big build and sturdy design, but comes with some impressive specs as well. The Q Terra features a 13 MP rear sensor and an 8 MP front.

On the camera front the Q terra uses a DuoScopic Camera System that integrates two 13MP Sony back cameras – a IMX278 color sensor along with a B/W IMX214 sensor. The phone combines the two instantly for better results. Adding to this, the phone also offers an 8MP front camera with f/2.4 aperture. The images are not only rich in detail but also have great colours. Outdoor pictures look quite decent with very little saturation. The colours look just like you would see them and the images stay sharp and clear even after zooming in. We found that the phone struggles on occasion to focus on a point. A few shots appeared blurry, but often the pictures were detailed and well balanced.

After taking several pictures with the above mentioned devices, we found that while the S6 Edge+ dominates the pack with its spectacular camera, other devices like the HTC One A9 and Yutopia feature some great sensors as well. The images are colourful and clear and the AMOLED display on the One A9 really adds more flavour to the pictures.

Qiku’s Q Terra doesn’t have much to brag about, but the device works well under outdoor conditions. Moto X Style is for the absolute basic photographers who want some quick, auto captures with no fuss. Though basic it may be, the X Style does come with a pretty solid camera.

Sanket Vijay
When not indulging in reading or writing, Sanket fanboys over The Flash, Star Wars, Coldplay, and U2. And pizza, he loves his pizza. Follow him on Instagram for more.
You Might Also Like
CameraHTCLatestMoto
Read More