This is Why Artificial Intelligence Scares Elon Musk, Bill Gates and Stephen Hawking When Artificial Intelligence begins to make some very intelligent people nervous, you know it’s time to sit up and listen. AI triggered enough anxiety during the last couple of months to lead to the birth of OpenAI in December, a project concerned with safe development and sharing of all AI research on a wide scale.

Needless to say, Elon Musk, an open and well-known critic of AI  has invested heavily in the project. A sum of $1 billion has already been committed to the project, which would also keep some of its research private if it seems like a security threat to humanity.

Worth reading Superintelligence by Bostrom. We need to be super careful with AI. Potentially more dangerous than nukes.

Calling AI “our biggest existential threat”, Musk says, “Humanity’s position on this planet depends on its intelligence, so if our intelligence is exceeded, it’s unlikely we will remain in charge of the planet.” He further says that he has invested in AI companies “to keep an eye on them” and likens AI to “summoning the demon”.

Elon Musk is not alone in his apprehensions against  AI. Stephen Hawking and Bill Gates both have gone on record accepting that this field of tech could turn out to be as destructive as nuclear warfare if its development and growth is not regulated and monitored. 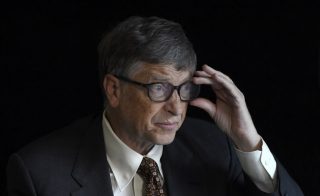 Stephen Hawking has famously commented on the topic, “…humans, limited by slow biological evolution, couldn’t compete and would be superseded by AI”. Bill Gates, on the other hand, wonders why others are not as concerned about bestowing the immeasurable power of independent thought to robots.

Other famous names to have recently become associated with AI are Mark Zuckerberg and Ashton Kutcher who have, along with Musk, invested in Vicarious – a company working on a computer capable of imitating those parts of the brain that control visual functions, locomotion and speech. Zuckerberg is also working on developing an AI butler for his home a la Jarvis.

Why is AI Making Everyone Freak Out?

All the fears and apprehensions stem from the understanding that something as powerful as AI in the wrong hands is capable of wreaking immense havoc on the world. What is worse is that once machines become capable of independent thought -common sense will only be the first step towards eventual super-intelligence. With the right exposure to data and algorithms, we wouldn’t even need humans to threaten mankind; the machines themselves would take care of that. It may sound like a scene out of a dystopic sci-fi story, but it’s real enough to make thinkers like Hawking, Gates and Musk uneasy. To add more cheer to the party, there are companies like Google and Facebook, on the other hand, doing the exact opposite of OpenAI.

The Other Side of the Story

There might not be entirely altruistic intentions behind the attempts of making a common, shared platform for AI research. Google and Tesla are both building self-driven cars, and thus, both stand to benefit from AI.

In November last year, Google open sourced part of its software that is the main thrust of its AI services. Facebook followed suit and open sourced its own set of AI contributions. OpenAI, however, took this to another level by promising to share all of its research. 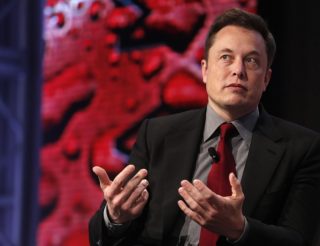 Elon Musk, our very own real-life Tony Stark is here to save the day. Or is he?

An open platform for AI research would mean that all companies benefit from each other’s research while at the same time ensuring that no one name becomes a central, controlling authority for this tremendous source of power.

So, while Google and Facebook are working round the clock on developing their own AI-based projects, Elon Musk and his team of AI experts are trying to keep this tech from getting concentrated under a single source which could spell doom for the world. The forward movement in this field is inevitable. The least that can be done is to aim for a path that would jeopardize humanity as little as possible, and this is perhaps what OpenAI hopes to achieve. If we do end up with a scenario where mankind is pitted against AI, we know our sci-fi enough to be clear about which side to place the stakes on. While Hollywood can continue to make us feel good about the victories of a kind human race over sentient machines devoid of feelings, reality offers a far different picture. Just hold on tight for now and see where the ride lands us.