Samsung Galaxy A9 Pro Makes its Way to India for Testing

by Sushant TalwarFebruary 5, 2016
6
Now Reading
Samsung Galaxy A9 Pro Makes its Way to India for Testing
Browse This Page Last week, reports coming out of Samsung’s manufacturing and assembly units in China brought to us news of a new beast of a phone arriving in the coming months. The reports talked of Samsung working on a new extra-large smartphone which, if sources are to be believed,will be called the Galaxy A9 Pro. 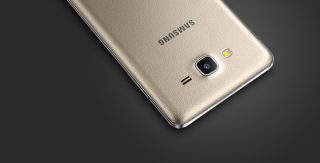 And now it looks like this elder sibling of the China bound A9 looks to be more real than it was first thought to be. Latest reports suggest the Galaxy A9 Pro was imported to India for testing. The A9 Pro, as it had been reported earlier, is listed with a 6-inch display, the same as the regular Galaxy A9 that was launched late last year for Chinese markets.

The A9 Pro is expected to be powered by an octa-core Snapdragon 652 processor. The phone will reportedly also include 4GB RAM and 64GB inbuilt storage. The hardware will interact with the user through Android 6.0 (Marshmallow) out of the box. A battery pack of 4000mAh will power the Pro.

The pricing for the device as listed on import export tracking website Zauba is $360 (about Rs.24,000) , but owing to Zauba’s track record so far, this pricing source should not be considered too reliable.