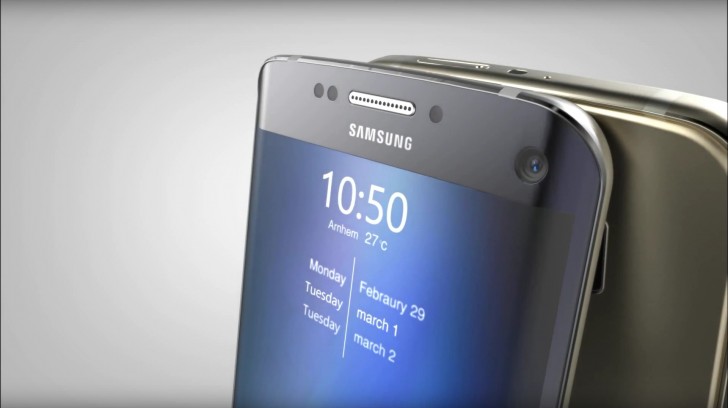 We get a lot of renders and live images of major flagship phones days before their official launch. The hype behind Samsung’s upcoming Galaxy S7 was always expected to be huge and this in effect would lead to a lot of leaked renders and images to please eager fans until the official unveiling.

Trust Evan Blass of @evleaks to post a render of the Galaxy S7 to please his followers. The render shows the Galaxy S7 in silver colour and it looks great. Agreed, it’s but a render, but we’d take a good looking render any day over a poorly lit live image.

The render shows the curved edge side of the device with the volume controls on the left and a new Galaxy S7 wallpaper. Now, @evleaks did not confirm this to be the Galaxy S7 Edge but it is pretty clear from the image that it is.

Samsung quite certainly looks to keep the Galaxy S7’s design language similar to its predecessors, which is not a bad thing at all. The render of the device looks positively great and a bump in specs will make the Galaxy S7 the flagship to beat this year. In a few days we will know everything about the deice at the MWC.