Samsung Galaxy S series leaks just don’t seem to be easing up. After the images of the S7 edge in silver making their way to the internet, now new images of the S7 in a gold have surfaced. Thankfully, these images are of the front and back of the phone giving us a fair idea of what the phone will be like from the outside once it’s available for sale. 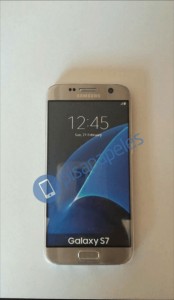 The phone in the images looks to have curved images on either side of its back while also the camera looks to be protruding slightly. 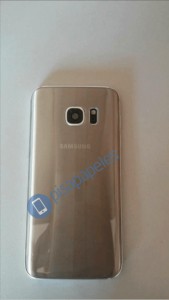 To recap a bit about the specifications of the phone, the Samsung Galaxy S7 upon launch is expected to  to feature a 5.1-inch Super AMOLED display with Quad HD resolution, a new 12 MP BRITECELL camera with f/1.7 aperture, and a 5 MP secondary cam. Two SoC configurations are expected. One being a Exynos-based version and the other a Qualcomm-powered model. The battery is expected to be upwards of 3500mAh.