A Samsung Galaxy S7 Edge unit has appeared on the Dubai counterpart of Craigslist called Dubizzle. It’s being sold for 4500 AED or approximately $1100 (about Rs.75,000). The phone comes with all accessories inside the box.

There have been lots of leaks over the last couple of days, outing design details of the Galaxy S7 Edge and this latest development shows this S7 Edge unit to be in line with them. But nobody can really be sure of the authenticity of this device which has been “imported from USA”. It may very well turn out to be a dummy unit.

According to reports so far the Galaxy S7 Edge will come equipped with a 5.5-inch QHD AMOLED display when it finally released at the MWC this year. The device wiill be powered by a Samsung Exynos 8890/Qualcomm Snapdragon 820 SoC and paired with 4 GB of RAM, and a 12 MP rear camera with f/1.7 aperture. A 8 MP selfie camera is expected at the front of the phone. The phone will come in two storage variants, 32GB and 64GB which will be further expandable via a MicroSD card. 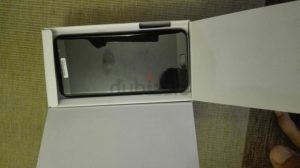 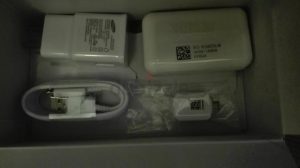 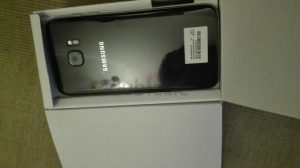