It’s hardly been a week that the rumours of HP readying a new weapon to take on the smartphone market reached the Internet, and now latest leaks are here to reveal the might of the smartphone, HP Elite x3 in all its glory. 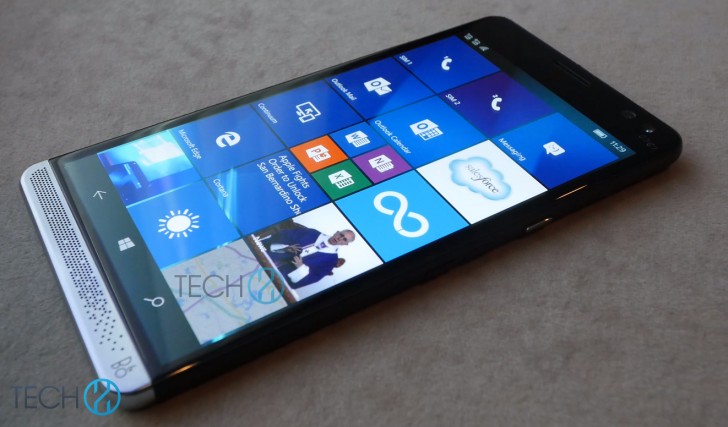 HP is expected to announce the Elite x3 at MWC next week, and as such, it’s not too big of a surprise images and specs of the device have leaked today. The Elite x3 which will be a Windows phone will pit itself against the Microsoft’s Lumia 950 XL in the Windows 10 mobile ecosystem, as it packs some very high-end innards.

The phone will come with a 5.96-inch QHD touchscreen, a 16-megapixel camera at the back, an 8-megapixel camera at the front for clicking selfies. It will be powered by Qualcomm’s Snapdragon 820 SoC paired with 4GB of RAM and 32GB of expandable storage. It will also come with support for USB Type-C and will also support USB 3.0, Qi wireless charging.

The Elite x3 will also house a fingerprint scanner, a fancy iris sensor, a special docking connection, IP67 certification for water and dust resistance, as well as MIL-STD-810G rating for withstanding drops from 1 meter or less. It will also support Microsoft’s Continuum feature. Pretty impressive we say.

Sushant Talwar
Newbie at iGyaan, Sushant is a gamer who loves his Fifa sessions with friends. For him Manchester United is a religion, and also he just can't have enough of Pearl Jam, and RHCP
You Might Also Like
HPLatestMobile
Read More