Sony Says No to Z6, to be Replaced by X Series

by Sushant TalwarFebruary 24, 2016
1
Now Reading
Sony Says No to Z6, to be Replaced by X Series
Browse This Page The Japanese tech company has confirmed today that it will indeed be calling curtains on the much loved Xperia Z series replacing it with the new Xperia X range of devices.The company’s German arm disseminated this information to its loyal customer base on Facebook through comments in response to questions posted about the Z6 on its official page. The German arm of Sony in the comments revealed to users that there won’t be a flagship Z6 device but that mantle would rather be taken up by the new X series devicesReplying to a question about the arrival of the Z6, the Sony team said, “A Z6 will not exist. The new X series is under a modified concept that meets the needs of our users even more accessible.” 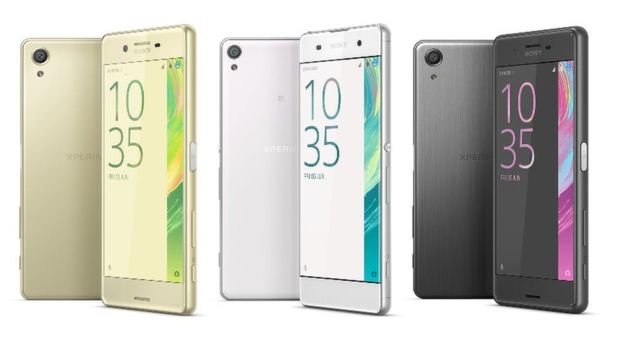 The X Performance which will be the new flagship for Sony this year sports a 5-inch 1080p Full HD display and is powered by Snapdragon 820. The device, which is the bigger of the three has a premium metal finish with a rectangular chasis and rounded edges and a 2.5D curved glass on top. The X Performance comes with a 23MP rear camera with a  Predictive Hybrid Autofocus, 5x Clear Image Zoom and ISO 12800 sensitivity, and a 13MP selfie shooter.

The Xperia X and XA also feature Predictive Hybrid Autofocus tech that offers motion tracking. The mid-range devices are powered by the Snapdragon 650 hexa-core processor, run on Android 5.0 Lollipop and come with a 2.5D curved glass on the front and a metallic rear for a premium feel.

Sushant Talwar
Newbie at iGyaan, Sushant is a gamer who loves his Fifa sessions with friends. For him Manchester United is a religion, and also he just can't have enough of Pearl Jam, and RHCP
You Might Also Like
LatestMobileSony
Read More