Chinese smartphone maker, OPPO, which was recently in the news for its Super fast battery charging tech, and SmartSensor tech that it unveiled at the MWC 2016, is now looking to keep the momentum going by rolling out a new teaser for its upcoming phone the OPPO R9. 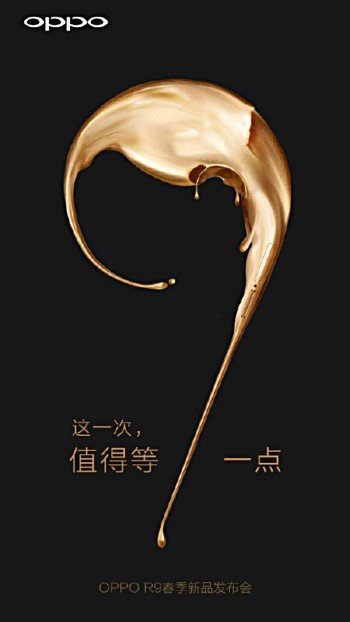 This new teaser from OPPO confirms the existence of the previously rumored R9 smartphone which is expected to be a camera-centric device given that the Chinese text in the teaser translates as “This time, it is worth and other ‘9’ point. #OPPO New camera phone R9 #.”

No concrete details about the phone’s specs or any other information is known, but according to what the ever churning rumour mills suggest,

Specs-wise, from what all has been rumored until now, the Oppo R9 will be powered by the mighty Snapdragon 820 SoC and sport a massive 6-inch QHD display. The phone is expected to come with 3GB or 4GB RAM and 64GB of expandable internal memory.

The camera which is to be the centerpiece of the OPPO R9 will feature 21MP rear unit and a 13MP front shooter. Packing in a 3,700 mAh battery, the R9 will run Android 6.0 Marshmallow out-of-the-box.

Sushant Talwar
Newbie at iGyaan, Sushant is a gamer who loves his Fifa sessions with friends. For him Manchester United is a religion, and also he just can't have enough of Pearl Jam, and RHCP
You Might Also Like
CameraLatestMobileOppo
Read More