Modular is the new, now that Lenovo sub-brand Moto has launched the new and highly leaked Moto Z and Moto Z Force. The Moto Z Force upgrades the camera to a 21-megapixel, the display gets a shatterproof panel like the one on the Moto Force, and the battery gets a bump to 3,500mAh.The phone is also thicker at 7mm. 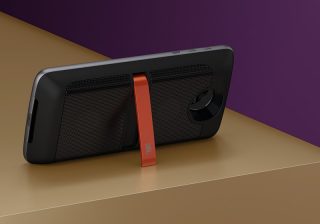 The best part about the Moto Z phones is the Mods, which can be had in a variety of materials or finishes, such as nylon, wood, or leather. The SoundBoost Mod, built in partnership with JBL, is a speaker with upgraded two three-watt drivers and adds an extra 1,000mAh of battery capacity. The Power Pack Mod adds a 2,220mAh cell to the back of the phone and is made by either Incipio, Kate Spade, or Tumi. The Insta-Share Mod adds a pico projector to the phone and lets you broadcast your phone’s display up to 70 inches wide at 480p resolution. 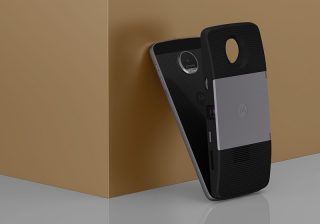 The Mods are plug and play and unlike the LG G5, you will not need to reboot your phone, the software comes preloaded on the Moto Z, and Moto Z force and the phone recognizes the pair instantly.

Both the Moto Z and Moto Z Force come with USB Type-C ports and without a 3.5 mm headphone jack, which now seems to be the industry standard.

Motorola will bring these phone to global markets including our market later this year in september; presently they have been launched in the US with Cellular carrier Verizon under the branding of Droid. You will also be able to add style shells in your favorite design and material.