Lenovo P2 as a smartphone offers an interesting mix of hardware and features, focusing more on the massive 5100 mAh battery which offers an impressive battery life on the phone which is just 8.3 mm in thickness. But, do the rest of the features match up with the price of the smartphone? And, is the Lenovo P2 worth your money? Let’s find out!

The Lenovo P2 has a well built and solid, scratch resistant unibody aluminium design which should look good for long periods of time, if you don’t manage to ding and drop your phone a lot. The shell is well built and looks premium. The dual chamfers, one on the front and one on the back along with chrome accents around the camera, led flash and buttons makes the phone look clean and well made. The manufacturing of the phone is in India. So, Make in India for the win.

Design is very reminiscent with the phones we have seen in the past, with placements of the camera and led flash much like vibe phones seen recently, especially the K6 Note. If you liked the design on those phones, then the P2 does offer up improvements.

The hardware is not top notch, with the Snapdragon 625 chipset based on 14nm tech offering octa-core at 2.0 GHz and an Adreno 506 GPU (similar to the Redmi Note 4) the Lenovo P2, is available in 3 GB or 4GB RAM options with 32 GB or 64 GB of Storage. You can add an upto 256 GB card but you lose the 2nd SIM slot on the hybrid tray (boo). The  main camera is 13 MP with an f/2.0 aperture and the front camera is a 5MP shooter and the phone is powered by a massive 5100 mAh battery.

The phone features a less powerful 625 chipset, so do not expect this to be a performance monster. The Lenovo P2 scores mediocre benchmark scores, and does decent multitasking Gaming experience is good , but no the best. The phone manages RAM well and despite a stock Android feel, some optimisations in the UI allow for smooth multitasking and everyday use, despite several weeks of usage.

The phone manages heat really well and we did not find the phone heating up extensively even when handling heavy tasks and high end graphics. The Super AMOLED display is a perfect example of technology trickling down to mid range phones. Super AMOLED, which is traditionally restricted to Samsung flagships, is now being used by Lenovo on their P2, giving it exceptional viewing angles and good depth of colour and brightness. The indoor and outdoor visibility is good and Black-levels are deep. The display does over-saturate the colours, a problem with most Super-AMOLEDs, however colour profile options allow for some basic changes. Switching to the Normal display mode in the settings shows some natural colours which definitely are flatter to the eye.

The viewing angles and colour quality of the display make watching videos and movies on the phone a great experience. You also have a decent speaker, but the included earphones are poor. Buy yourself  a good pair of headphones (/earphones) to enjoy the good multimedia output from the headphone jack.

The P2 does not have Dolby support, and possibly the only phone in Lenovo’s arsenal to miss this out, Strange!

The Lenovo P2 runs on Android 6.0.1 out of the box, with a promised upgrade to Nougat in Late March 2017, which is a bit of a let down. You can expect to start hearing news of Android 8 around that time. However, it is good that the company has given a clear timeline of the updates. 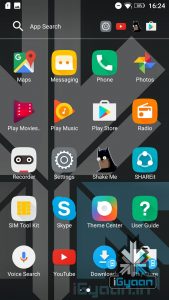 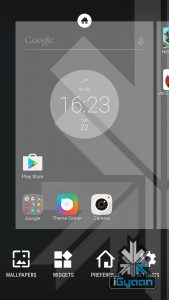 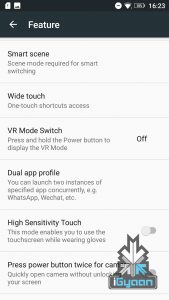 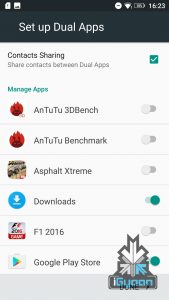 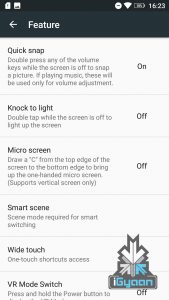 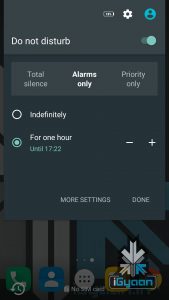 The UI is fast and responsive and thanks to the RAM management stays that way for a long time. The UI is also close to stock much like their Moto phones, and the experience does feel much more like a Moto phone. Little bloatware is preloaded which can easily be uninstalled for those who do not need the unwanted Apps.

The Ui also has some interesting features, like using the Home button/fingerprint scanner for navigation and hiding the Nav-bar for a fuller-screen experience. You also have the ability to have two instances of apps like WhatsApp and Facebook installed so you do not have to log-out of apps and then log-in again. Helpful for those managing both personal and work social profiles. The Lenovo P2 lives up to expectations of a long battery life. Mixed with a 14nm architecture and a massive battery of 5100 mAh, the Lenovo P2 is a battery king. Expect 2 days of use for most advanced users and longer for average users. The ultimate power mode converts the Smartphone into a feature phone extending the battery life for weeks on an end.

The Lenovo P2 may be a truer battery and charging king The included fast charger is speeds up to the point where it delivers an impressive 12V 2A charge making the phone charge to a full in around 1.5 hours. When compared to Dash Charge, the Lenovo P2 may stay back in percentages, i.e achieving 40% vs 60% on the OnePlus 3  in the same time.

However, in real life numbers, it charges 2040 mAh of battery in the same time the Dash Charge charges 1800mAh and that too on a micro USB port. Lenovo has some interesting battery capability here.

With the battery life, and optimisations, the Lenovo P2 becomes an impressive companion for travellers and media consumption junkies.
Netflix-athon anyone? The Lenovo P2 has a 13 MP main camera which has a 21mm f/2.0 aperture equipped lens. Offering an impressive field of view and good depth of field. HDR works well and images look good in well-lit conditions. The phone also manages decent low light images, but you will find yourself using the flash a lot to get good pictures, if lighting is not adequate.

Colors can turn out flat, and images look definitely better on the Super-AMOLED display of the Lenovo P2 than they do on a LCD or LED panel at your home. The main camera also captures 4k video at 30fps, which allows you to get some high resolution video with a chipset that most manufacturers have restricted to Full HD. You also get electronic IS for video which is good for shaky hands, though, you lose some resolution and field of view once you enable this feature.

The front camera is good only is proper lighting, otherwise shots are over processed and noisy. For selfie-lovers the beauty mode cleans up most post processing needs. However, we found turning this off worked better for more natural and sharper looking images. Video on the front is restricted to 1080p and will come in handy for basic usage. The Lenovo P2 is designed for those who either travel a lot or forget charging their phone often. Features like a super fast charge, ora  long battery life is a boon to a lot of people who work long hours too. Performance is good for most users but the phone is not designed for hardcore gaming enthusiasts and performance junkies.

The Lenovo P2 has a fast UI and some interesting features that can come in handy for new business owners like the dual apps and dual profiles on some social apps. The phone has excellent network strength, and works well with 4G and VoLTE. The hybrid SIM slot is a no-no for us but the option of buying the phone with a big storage of 64GB is an option. An option however, that is not currently on sale.

Another option to  consider is that the Lenovo Z2 Plus which features a Snapdragon 820 chipset is now available for as low as Rs. 14999 which supersedes the value of the Lenovo P2 as a better price for spec ratio phone. Making the smartphone space more complicated than ever before. An impressive phone for battery junkies, great for media consumption.

Bharat Nagpal
Founder and Chief Editor of iGyaan. Bharat likes to keep on top of technology ! Follow Him on Google Plus : Google+
You Might Also Like
LatestLenovoMobileReview
Read More