This is The Best Look At The Galaxy S8 So Far

by Bharat NagpalMarch 1, 2017
7
Now Reading
This is The Best Look At The Galaxy S8 So Far
Browse This Page Samsung has made a lot of official announcements for the launch of the Galaxy S8 and possibly the S8 Plus, the phones that will mark a comeback after a 6 month lull for the company. The phones are expected to launch on March 29th, and if leaks are anything to go by the phones are going to be pretty impressive.

Samsung is working on a design that will stretch the display on both sides making the screen to body ratio of the phone pretty impressive, and near the 90% mark. The Samsung Galaxy S8 and S8 plus will also have the latest Snapdragon 835 along with 4 GB of RAM and 64 Gb of onboard storage with microSD expandability.

I think this is what you’ve been waiting for. pic.twitter.com/FvYfsLOy0R

The company may not launch the S8 with dual cameras, and keep that feature an exclusive for the Galaxy S8 Plus. A new image leaked by evleaks points to what is possibly the best look yet at the new Galaxy S8 . If we merge Samsung’s teasers with the image tweeted by evleaks, the similarities are uncanny. Check out the merged image below. 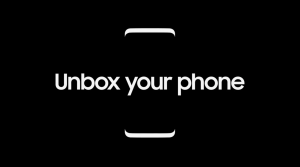