Smartphones have upped their camera game in the past few years resulting in a steep rise of interest in photography. The ease with which you can click beautiful pictures with these immensely spec’d out smartphone cameras is bound to make anyone a “photography buff.” 4K video recording, dual-lens camera setups and whatnot, smartphones of the present age are judged based on what they offer in the camera department, such is the essence of cameras nowadays. Don’t get us wrong, the DSLR’s of the world are here and will live on in the foreseeable future, and that’s the reality. But the need to go old- school in tech has become a strong phenomenon these days. From the resurgence of vinyl records to people resorting to B&W filters on apps like Instagram. That is where this Kickstarter program comes into play, the space of old school tech winning people’s hearts. 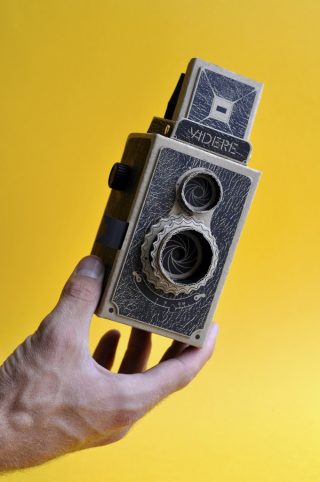 No, we’re not talking about polaroids, we are talking pinhole cameras. Now before you leave this tab and head over to Google to know what this is, give us a chance to tell you about it. A pinhole camera uses a single small aperture – a pinhole – instead of a lens. The ingenious process of pinhole photography involves exposure of film using light filtered through a small hole in a light-proof box. It strips photography into its bare bones- Light. As light passes through this hole, an image is exposed on the film loaded inside the camera. Due to such a small size of the aperture, it may take anything between a few seconds to a couple of hours to expose a photograph.

Sounds tedious, no? But, the pleasure of handling a camera that uses a process dating back to the 1880s is unparalleled. The whole purpose of this camera is to give you a chance to travel back in time and experience photography before there were filters and touch screens. The new pinhole camera by London-based designer Kelly is an improvement in many aspects over her 2013 version of the pinhole camera. 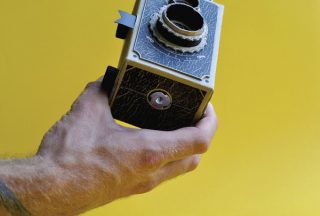 Unlike the 2013 model, the new VIDERE pinhole camera shoots on 35mm film which is easily accessible even in today’s all-things-digital world. It also has a tripod thread for stability along with a new ultra-hardwearing shutter. As per the DIY process, it goes from a flat pack to shooting mode within an hour! The VIDERE 35mm pinhole camera packs a punch with stability options, an easily accessible 35mm film process and a good ol’ throwback!

It’ll be interesting to get our hands on a piece of tech like this and experience photography from the simpler times. You can check out the product below on Kickstarter and tell us your thoughts on old-school gadgets making their way into our lives at this point in time!