by Vipul VijAugust 9, 2017
0
Now Reading
Nokia 8 Leaked In Live Pictures With Benchmark Results Ahead Of Launch
Browse This Page 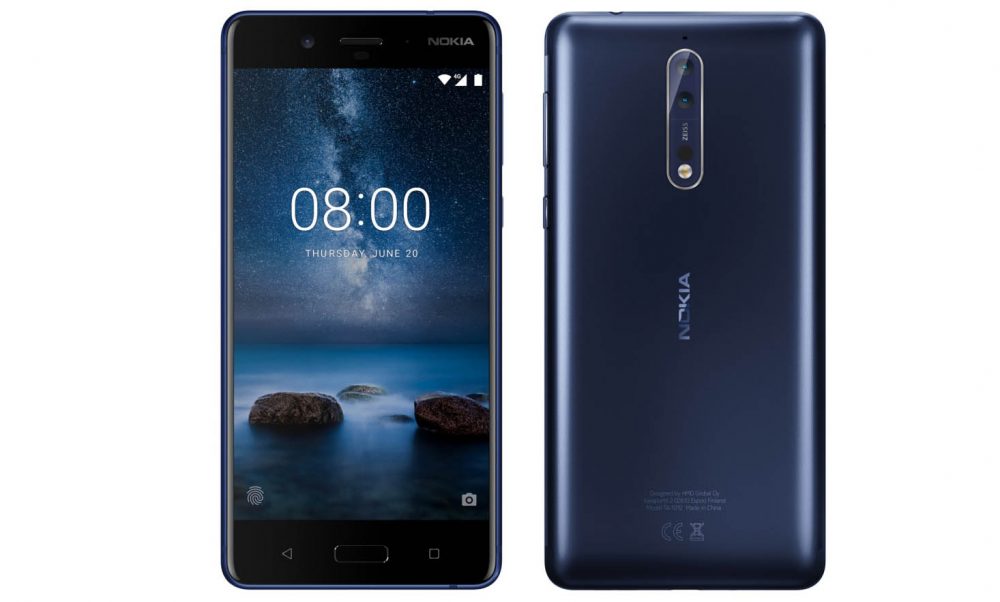 HMD Global will launch the Nokia 8 on 16th August and several leaks and renders have accompanied the anticipation of the launch. By now we have a fair idea about how the device will look and the latest leaks shed a little more light on the hardware side of things. The benchmark results were spotted on Slashleaks and suggest that the Nokia 8 will be powered by the Qualcomm Snapdragon 835 Chipset with 4GB RAM. The flagship will run on Android 7.1.1 Nougat and also sport a 2560 x 1440 px QHD display. The benchmarks show that the screen has a pixel density of 559 PPI which translates to either a 5.2-inch or 5.3-inch display.

The images do show the Nokia 8 device but due to terrible lighting, the only thing visible apart from the screen are the two touch-capacitive button under the screen. The device seems to have followed the design of previous Nokia Android devices, with a home button sitting between the two touch capacitive buttons. The fingerprint sensor will be housed in the home button as well. The leaked images do not spill out any other details about the upcoming device.

Previous renders show that the Nokia 8 will look far from a 2017 flagship with considerable bezels around the screen.The lock button and the volume rockers sit on the right edge of the device. The dual-camera setup will feature Carl Zeiss optics and have laser autofocus as suggested by a leak on Twitter. The Nokia 8 might be available in four colour variants at the time of the launch – Blue, Steel, Gold/Blue, and Gold/Copper.

Here’s what we know about the Nokia 8 so far-

likethis
What's your reaction?
Awesome
64%
Epic
7%
Like
14%
I Want This
0%
Meh
14%
Via
Slashleaks
Posted In
Latest, Nokia
Tags
Nokia, Nokia 8
Nokia, Nokia 8
About The Author

Vipul Vij
Always found in a Hooded Shell, Excited by technology, tortured by his eating habits. Handles content at iGyaan.
You Might Also Like
LatestNokia
Read More