Moto G5S Plus To Launch In India Tomorrow

by Vipul VijAugust 28, 2017
1
Now Reading
Moto G5S Plus To Launch In India Tomorrow
Browse This Page 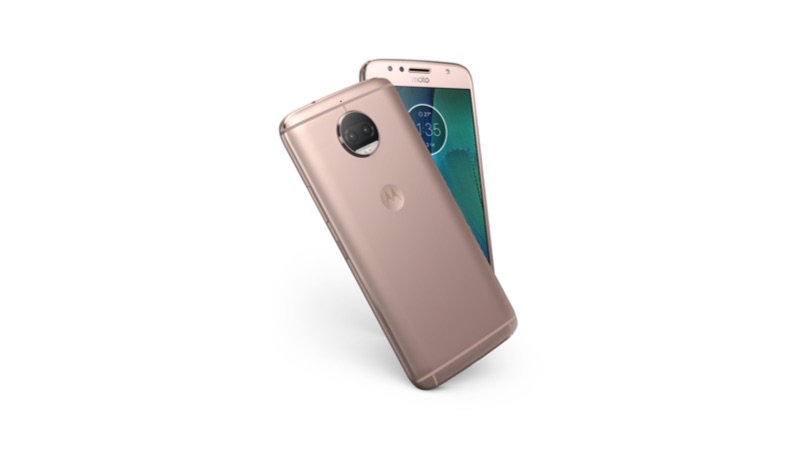 The Moto G5S Plus has a 5.5 inch 1920 x 1080 px display with Corning Gorilla Glass 3 for protection. The smartphone comes with a unibody metal design and sports a 2.5D curved glass panel on the front. Similar to its younger sibling – the Moto G5 Plus, the G5S Plus will be powered by a 3,000 mAh battery with turbo charging capabilities. The power adapter can supposedly provide 6 hours of usage time with 15 minutes of charging.  The device has the Qualcomm Snapdragon 625 chipset, a 2.0 GHz octa-core CPU with 4GB of RAM and 64GB of onboard storage which is expandable via microSD card up to 128GB. The smartphone will be available in Lunar Grey and Fine Golf colour variants.

The Moto G5S Plus’ widely popular feature is the rear mounted 13MP dual-camera with an f/2.0 aperture and dual tone LED flash, which comes with video stabilisation and 4K recording at 30 FPS. The dual camera has features like Bokeh, selective focus and exposure management. On the front is an 8MP camera with a wide-angle lens and LED flash along with a new panoramic mode.

The Moto G5S Plus will succeed the Moto G5 Plus in India’s budget smartphone market with an upgraded 13MP dual-camera setup. Although the phone was priced at EUR 299 (Rs 22,600 approx.) in the European market, it is expected to be launched within the Rs 15,000 to Rs 20,000 price bracket in India.