GoPro Hero 6 Black Launched For US$499 GoPro has launched its latest iteration of the flagship camera, the Hero 6 Black at an event in San Fransisco. The GoPro Hero 6 Black is on sale in North America at a price of US$499. From the outside, the Hero 6 Black retains the design of the Hero 5, but, you’re paying an extra $100 for increased frame rates, better overall image quality and speed, thanks to a new and custom processor. 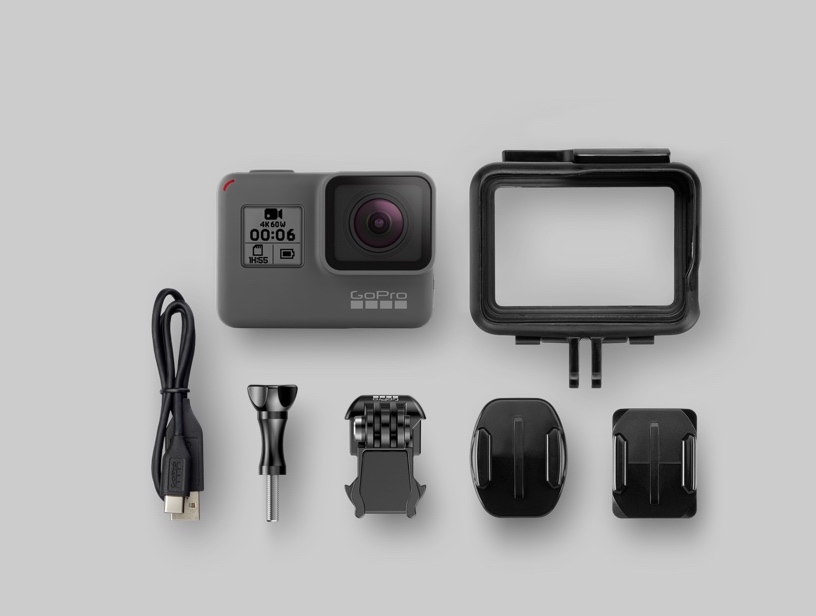 The new GoPro Hero 6 Black will shoot 12MP photos, in JPG or RAW, and GoPro’s Wide Dynamic Range mode. But it will supposedly perform better in low light than the Hero 5 Black and offer better image quality in all situations. The GoPro Hero 6 Black will shoot 3840 x 2160 px videos at 60fps. Higher frame rates offer a smoother look and more importantly, they make it possible to create slow-motion footage. There’s also a better Wi-Fi radio inside that triples the transfer speeds of the last generation Hero, so you can get your footage into the GoPro app on your phone three times faster than previous generation GoPro camera. The camera will shoot 2.7K videos at 120fps and super slo-mo 1080P videos at 240fps.

The Hero 6 Black’s improved performance, imaging tricks and new video taking capabilities are powered by GoPro’s new custom processor, the GP1. This is GoPro’s first custom chip, and it’s an important move for the manufacturer as it prepares to differentiate itself from the growing market of imitators. By building a camera around its own chip, GoPro can add features that are difficult for competitors to copy. The GoPro has GPS, a 2-inch LCD touchscreen on the back, voice controls, and some instant-editing features for when you’re on the move. The new camera is rugged as usual and is waterproof to 33-feet.

The GoPro Hero 6 Black is priced at Rs 45000 in India and is available to buy here.