The OnePlus 5T will be launched some time in November and after teasing ‘something’ for weeks, OnePlus has finally opened up about its upcoming flagship phone. Before the launch, however, there are customary leaks to look at, and this one comes from a listing on GFXBench. 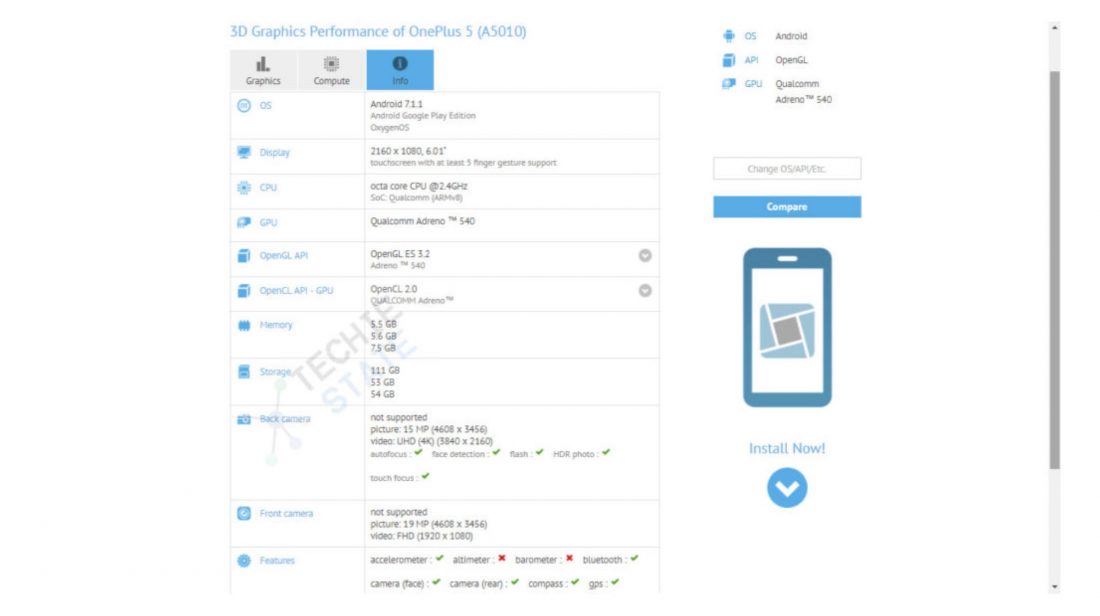 The listing reveals that the smartphone will have the Qualcomm Snapdragon 835 chipset, an octa-core processor clocked at 2.4GHz and Adreno 540 GPU, 6GB or 8GB of RAM, and 64GB or 128GB of onboard storage. These specifications are the same as the OnePlus 5 and is expected to be this way as the Snapdragon 835 is the best chip available right now. The OnePlus 3T was an incremental upgrade over the OnePlus 3 because there was a faster chip available ion the market. The next piece of information is interesting. According to the listing, the OnePlus 5T is expected to have a 20MP front-facing camera as opposed to a 16MP camera found on the OnePlus 5. The back cameras are expected to be the same 16MP + 20MP (telephoto lens) as the OnePlus 5 with improved portrait mode capabilities.

OnePlus has also teased the city in which the OnePlus 5T will be launched. The image tweeted shows the intersection of West 34th Street and Broadway, located in Manhattan, New York City. The date of the launch has not been revealed as of now but, considering the social media activity of the company, it might be revealed sooner rather than later.

Guess which city we're going to party in for the #OnePlus5T launch! pic.twitter.com/su68h87kQS