Samsung introduced the first infinity display in 2017 with the Samsung Galaxy S8 and S8+ and also used it with the Galaxy Note8. In 2018, it is expected that the infinity display feature will trickle down to Samsung’s mid-range smartphones as well, and the upcoming Samsung Galaxy A8+ appears to be one of them. A new video reveals what the Galaxy A8+ will look like and the user in the video also goes through the specifications of the phone.

In the video, the user goes through the camera app and clicks a sample photo. There is a dual-camera setup at the front of the phone, which is a first for a Samsung device. At the front is a 16MP+8MP camera setup, the 8MP camera will allow for live focus portrait shots similar to the Galaxy Note8. 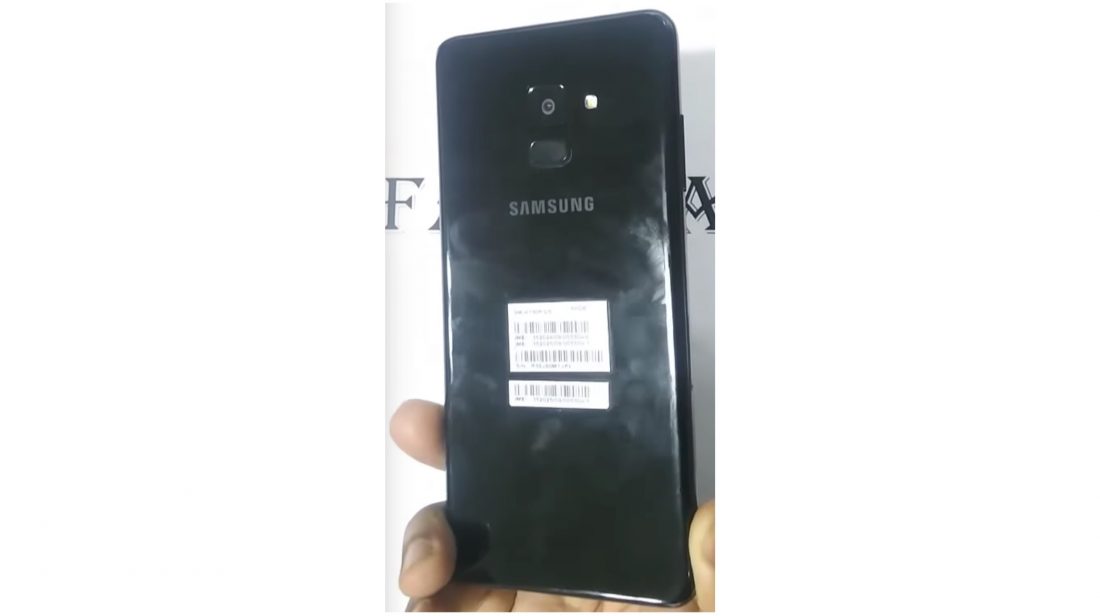 According to the video, the Galaxy A8+ will have a 6-inch 2220 x 1080 px display. We can expect it to be a Super AMOLED display similar to the previous generation Galaxy A phones.

Under the hood, the device will have the Exynos 7885 SoC, an octa-core processor with two 2.2GHz high-performance cores and six 1.6GHz low power cores, 6GB of RAM and 64GB of onboard storage which will be expandable via microSD card, presumably up top 256GB. The Galaxy A8+ will also have an IP68 rating for water and dust resistance.

Powering the device will be a 3500 mAh battery which will charge via USB Type C which suggests that it will support fast charging.

The back of the phone also houses a 16MP camera. Detailed specifications of the camera were not listed in the video.

You can watch the entire video here.