Samsung Hints At A Possible Galaxy X Launch At CES 2018 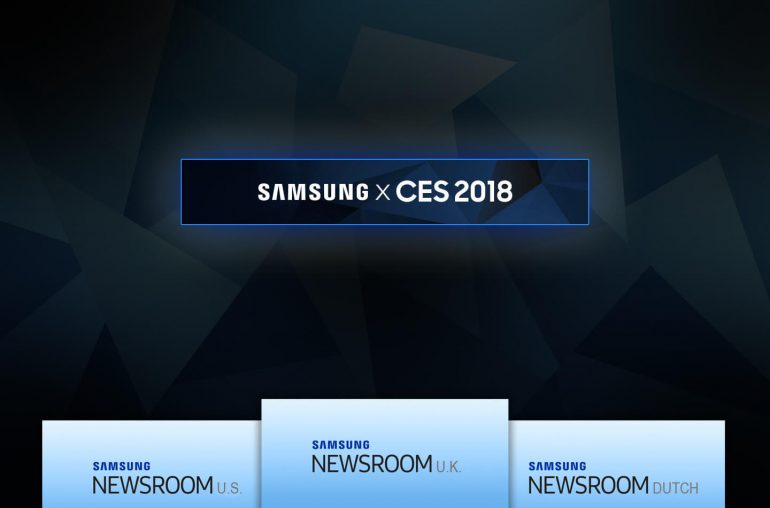 The Samsung Galaxy X has long been rumoured to be launched in 2018 and before the Galaxy S9 devices. That doesn’t leave a lot of room for the foldable smartphone apart from either CES or MWC. Now, Samsung appears to have dropped a hint at the possible launch of the Samsung Galaxy X during CES in January of 2018.

The Samsung UK Newsroom has this banner to promote that Samsung will be present with its various products at CES, However, the Samsung X CES could be a deliberate decision to hint at the launch of Samsung’s much-awaited foldable smartphone. While this might sound great for enthusiasts, it is worth noting that multiple reports claim that the device will be manufactured in extremely limited quantities and might not see a global launch at all. A report from the South Korea Herald suggested that the production of the Galaxy X would be on 100,000 orders, making it an extremely limited edition device. If this happens, the Galaxy X would be the most difficult Galaxy phone to get your hands on. The rumours all began back at the time of IFA 2017 when Dongjin Koh, President of mobile business at Samsung told some reporters at a news conference in South Korea that a foldable smartphone is in the works and the company is aiming for a 2018 release. He also said that there are still hurdles to overcome and a possible release would be pushed back if the issues are not resolved in time. Since then, we have seen multiple patent leaks from Samsung which give us an idea as to how the Galaxy X might look like. While the rumours and patents are fun to study and analyse, there is no certainty that a foldable smartphone will see the light of day in the coming weeks or even months. Stay tuned for all the news and big launches from CES 2018.